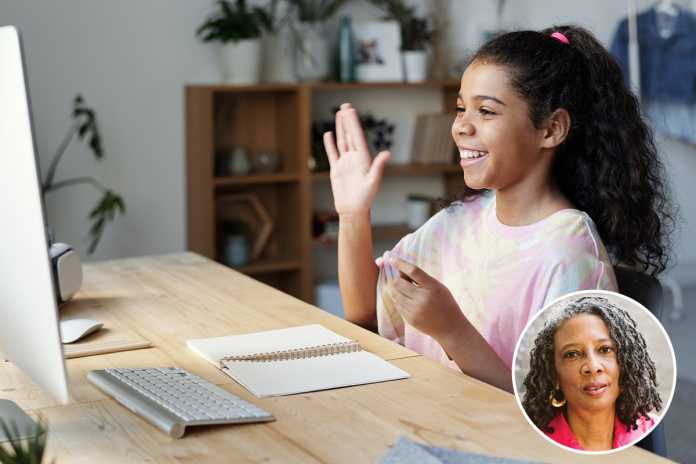 There’s one thing that some students won’t miss this year by having to stay at home: learning while Black. That’s what I gleaned from an Instagram page that popped up late this summer called Black at Grosse Pointe Public Schools (@blackatgppss).

The page now has more than 1,700 followers. About 50 posts from current and former Grosse Pointe Public Schools students lay out a shocking snapshot of what it’s like to be a Black kid in one of Michigan’s most elite school districts.

A high school junior writes about their middle school experience where white boys would “make whip-cracking noises at Black students;” a junior remembers the day after Trump was elected, a group of eighth-grade boys accosted a Black student and offered to “buy you in the slave trade when Trump makes it legal again;” another junior claims that in their AP government class, they were forced to defend the Founding Fathers for owning slaves. All of these offenses apparently went unaddressed.

I reached out to the site organizers and got no response. But the picture that the page paints was confirmed by current Grosse Pointe students and recent grads. Such was the racial trauma experienced by one graduate that, even though she is now 23 and a teacher herself, hesitated to return my call.

“We got so much pushback when we spoke out about the racism at school that I’m still a little afraid,” says Madison Hale, a Black former student who graduated from Grosse Pointe South High School in 2015.

Hale was active in many clubs, including the French club and the Key Club. But in the wake of the 2014 police murder of Eric Garner (whose last words were, “I can’t breathe”), Hale cofounded the African American Alliance Club, which later became the Diversity Club.

She says that many teachers, and even the principal, were supportive, but the overall backlash was intense. “Our posters were taken down or reposted on Snapchat with bad language,” Hale says. “People asked me why I was trying to make the school look bad. Others asked me why there wasn’t a club for white people.”

The experience was so stressful that Hale rarely sets foot in Grosse Pointe anymore. She says that her decision to become a teacher was largely shaped by her negative experiences at school. “I want to be a strong, Black, female role model for the kids in my class to look up to,” she says.

I talked to a parent with a student at Grosse Pointe North High School, along with a recent North grad and current senior. Echoing Hale’s fears of backlash, none of them would let me use their names. The parent questions their decision to send their child to the Grosse Pointe schools.

“The racial climate in the United States today is far worse than in the ’80s and ’90s,” they say. “But whites need to know that (people of color) exist. We have a right to be here.”

The recent North graduate was a part of a new Black Student Alliance, formed so that the Black students could build cohesion and support each other. They ended up waging a successful battle for the right to wear African headwraps to school. The graduate worries that COVID and virtual education will make it harder for them to maintain the momentum. “I don’t know if it will survive,” they say.

Ironically, as the Black Lives Matter protests gained steam over the summer, students who would have struggled to buck peer pressure and align themselves with the movement at school were getting “woke” on social media. The current senior noted that more conversations were happening about race, and people were dropping friends who didn’t support inclusion.

But at the same time, the lack of in-person accountability emboldened other students to embrace racist ideas. “If we were to go back to school now,” the North senior said, “the tension may be higher because now we know everyone’s true colors.”

Hale is not optimistic about the future of race relations in the Grosse Pointe Public Schools. “The infrastructure is broken and a lot of people are protecting it,” she says. “There is no clear picture of what justice and equality look like in communities like that.”

School officials have resolved to make changes and implemented implicit bias training for staff over the summer. But if there’s one lesson we’ve learned about pandemics – from deadly diseases to rampant racism – it’s that viral ignorance is the hardest to unlearn.