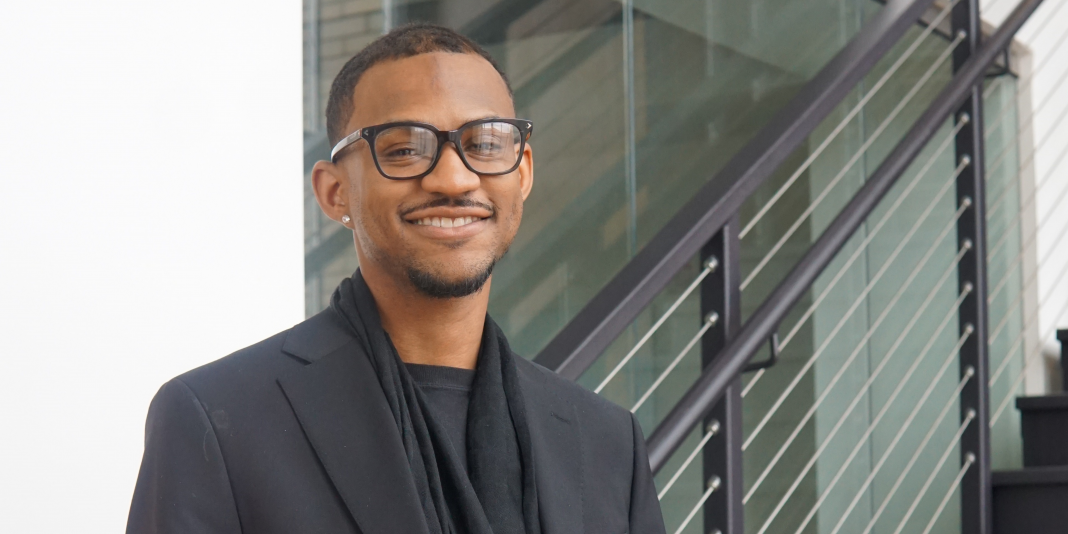 Growing up in Detroit and attending public schools until high school, Joshua Ashford knows the highs and lows of public education. He spent his time in school creating art and after graduating with a degree in Graphic Design he wanted to create a website for his artwork. He couldn’t find a person to design the website he desired.

“I guess I’ll learn a new skill and learn how to code,” he told himself.

After six months of trial and error, Ashford was proud of what he created. So much so that he started a website design and management company, Webdroid, where he creates and manages websites for small businesses.

Around the same time he launched his company, Ashford also began working with non-profit JOURNi to teach coding to students.

Soon, Webdroid started developing a high-tech computer laboratory with the latest equipment for the Detroit youth’s educational and recreational use. Its mission was to offer accessible and inclusive computer programming classes and training.

In the physically distanced learning of 2020, Ashford wanted to find more ways to connect with his students since they were not as engaged in virtual learning as they were before.

“What do you guys do when you are at home? When you’re not learning and doing after-school programs?” Ashford asked several of his students.

Ashford said that his brother who lives in China informed him that eSports cafes and gaming lounges are on every corner in the Eastern world.

That’s when he got the idea to blend what the children did on a regular basis — playing video games — with learning how to code, diving into 3D design, and teaching students how to create the very games they play themselves. Ashford blends passion, hobby and career as he teaches that video games can generate income: eSports tournaments, Twitch, YouTube, and game development.

He pitched this idea to the Boys and Girls Club President Shawn Wilson and secured thousands of dollars to fund the build-out of the eSport lounges. His program has been launched in three Boys and Girls Clubs across Southeastern Michigan — at the Dauch, Diehl and Wilson clubs.

Ashford wasn’t done, yet. In 2021, He spent 12 intense weeks in TechTown’s Detroit’s Retail Boot Camp where he was taught business: finding investors, building relationships, and marketing. At the end of the program, Webdroid won the Kickstart Award along with funding as part of the award.

Ashford wants students to know that there’s so much more to the gaming and technology industry than just playing the game. Through technology and gaming, students can forge their college path through scholarships, funding, and other opportunities. At the same time, he tells them that, in gaming and technology, college isn’t the only option to be successful.

“All I am doing is lining up the pins, so the kids can knock them down,” he says.Find out more about Ashford and what his company is doing through their website: www.webdroid.online

Is the Internet the New Way to the Comedic Spotlight?