Fifty years after inception, the Shrine of the Black Madonna stands strong – and Bishop Albert Cleage’s vision for blacks is still clear.

“While our Black Madonna stood there
Eighteen feet high holding Him in her arms
Listening to the rumblings of peace
be still be still.”
—The Great Pax Whitie, Nikki Giovanni

n Easter Sunday in 1967, history was made on the corner of Linwood and Hogarth in Detroit. Bishop Albert B. Cleage, patriarch and founder of the Shrine of the Black Madonna, unveiled a mural of a Black Madonna and child.

The Madonna and child was the first depiction of the historic blackness of Jesus, but by then was also a symbol of black liberation. Here on Detroit’s west side, Bishop Cleage was looking to redefine Christianity for the black race across the globe.

Several years prior to the unveiling, Cleage was a pastor of St. Mark’s United Presbyterian, an integrated church. When racial divides unraveled, certain church members broke away from the congregation, and in 1956 and Cleage established the Central Congregational Church of Christ – which would later be renamed the Shrine of the Black Madonna of the Pan African Orthodox Christian Church, which still stands today.

As a pastor and a political activist, he was a key figure in black Detroit. With a growing sense of Afrocentrism that developed after he broke away from St. Mark’s, Cleage vocalized through his ministry the issues blacks experienced in America and sought out solutions.

A firm believer in Black Nationalism, he knew that blacks needed a place in society where growth as a race could not be stunted by oppressions blacks faced every day. In his church, black power is a religious concept and the bible, a documentation of faith, served as inspiration and enlightened the community on God’s involvement in the black struggle. He preached that Jesus Christ was really a black revolutionist that liberated the oppressed.

“He was the one who pointed out to me the similarities between the struggles of the Hebrews and our own struggles in contemporary times as African people of America,” says Bishop Mbiyu Chui Moore, a protégé of Cleage.

With this philosophy, blacks could see mirror images of themselves in the religion of Christianity – essentially undoing the effects of the brand of Christianity taught to slaves and misused by whites to subjugate blacks. Cleage’s mission was clear: To develop a way for blacks to regain the power that was stolen from them.

The 1960s was a hallmark decade for black civil rights movements – this era of Dr. Martin Luther King Jr., Malcolm X, Stokely Carmichael and Medgar Evers. Cleage was also one of the leaders on the forefront, speaking to the black revolution from the front lines in Detroit. Although Cleage did not agree with King’s nonviolent philosophy, nor Malcolm X’s view on how to achieve the black revolution, Cleage believed in unity and still worked on, organized and supported their movements in effort to create that place of freedom in society.

As the Shrine established its foothold in the city, other Detroit organizations that developed out of the civil rights movement looked to Cleage for guidance and leadership based off his theological philosophy of black liberation. Those groups would often meet at Shrine to discuss and plan agendas.

Bishop Jaramogi Kimathi Nelson, presiding elder of all the Shrine of the Black Madonna churches, notes that Cleage was well known for fighting police brutality and responsible for black studies being introduced in Detroit Public Schools in the ’60s.

“He was instrumental in the organization of the 1963 march in Detroit with Martin Luther King. He was a significant contributor to the Detroit chapter of the NAACP. He protested and petitioned to get the managerial positions for black people in many businesses in the Detroit area,” he says. 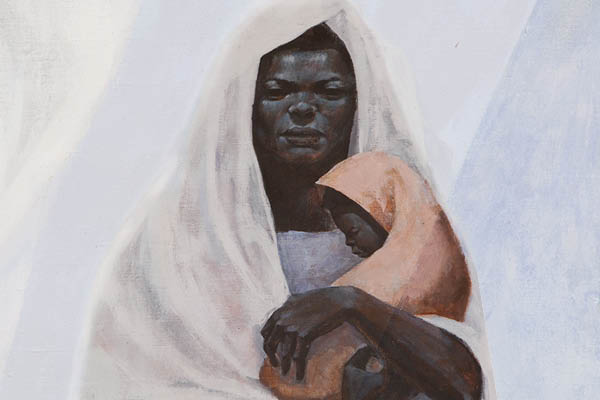 The riots of July 1967 in Detroit only increased his fellowship, and he would spread ministry beyond Detroit. Today, Shrine has churches in Atlanta, Houston, South Carolina and Liberia. Cultural centers were spun off here in Detroit and in Atlanta and Houston.

Where Shrine’s lasting effects are most visible is its political action. The Shrine played a crucial role in the creation of black political power in Detroit and with, the help of Bishop Cleage’s political organization Black Slate Inc., Coleman Young became the first black mayor of Detroit in 1973.

It was during the 1970s when Cleage’s church grew exponentially.

“We were efficiently strong enough to begin to train people to expand,” Nelson says. “The first thing is that we had five churches in Detroit, and then they went to Kalamazoo, where we had a large college operation in Western (Michigan University) and then Flint. Those churches consolidated an effort to move to Atlanta in ’75 and in Houston in ’77.”

Today, the Shrine is in the motherland, too. “We have a number of churches in Africa. We’re growing faster over there (Africa) than we are over here (United States),” Nelson says.

After decades of spreading the black liberation ministry, Cleage died in 2000.

April marks the 50th anniversary celebration of the unveiling of the Shrine of the Black Madonna. The church has planned events from April 28 to 30 at the Mother Shrine here in Detroit.

The celebration will look back on how far black liberation has come.

“We’re celebrating the fact that we’ve come a long way since we began to be able to conceive of ourselves in the divine image,” Nelson says.

As for the future of the movement in the present, Moore says there are still things to overcome.

“I think a lot of the gains that we fought for in the ’60s have been lost and, in terms of our social and political consciousness, it’s a lot lower.”
Nelson and Moore both agree that presently, the black community is in need of organization and unity – and need to get back to the high-expectation mindset of the generations before in the civil rights movement.

“The difference then and now is there was a movement then; young people everywhere were a part of that movement,” Moore says. “There is really no movement today, but the movement is being created as we speak.”

VERSHAY BURKS IS A BLAC INTERN.

A Race Based View on Money Management