Subscribe
Home News + Features The Tech Revolution will not be Televised, it will be Developed. 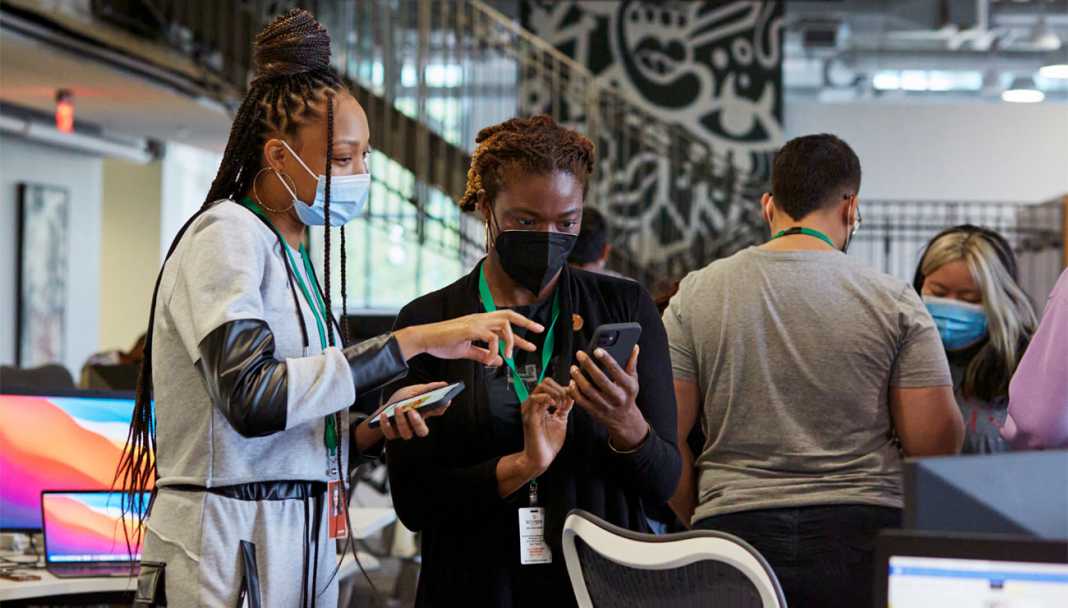 Detroit is once again the site of something that can’t be seen or found anywhere else, not including the people. Apple–yes, that Apple–has opened the first ever American installation of their Developer Academies right here in the Motor City.

“Detroit has an incredible entrepreneurial spirit, powered by creativity and inclusion, and we’re thrilled to welcome this inaugural class of creators as we start classes at the Apple Developer Academy, the first of its kind in the US. Through the power of technology and innovation, we are proud to be helping prepare these innovators for new opportunities,” says Lisa Jackson, Vice President of Environment, Policy and Social Initiatives for Apple.

Thrilled to welcome the first-ever Apple Developer Academy class in Detroit! Motor City has an incredible entrepreneurial spirit, and is home to a thriving and diverse developer community. We can’t wait to see how these innovators change the world! https://t.co/4fQ5PmohXY

The Apple Developer Academy is part of Apple’s Racial Equity and Justice Initiative, an effort to address systemic racism and expand opportunities for communities of color across the country. That sentence in itself is important and needs repeating twice to fully let sink in– Apple, the one founded by Steve Jobs and run by Tim Cook, makers of the iPhone in yours and everyone else’s pocket, chose Detroit to be the site of their first-ever installation of a major coding and development academy that stands as the first physical symbol of their diversity and inclusion initiative.

Pardon us as we take a moment to be proud of the 313. Not to put it lightly, this is a big deal and a major statement not just for the future of major companies making beneficial investments in Detroit, but also for the future of anyone with an interest in coding, technology development and related fields. The academy focuses on fostering skills in areas of app and program design, entrepreneurship, and essential professional know-how.

The academy itself, housed in a brand-new, custom-built space in the First National Building in Downtown Detroit, was launched in partnership with Michigan State University. The space just looks and feels intelligent, with bright green-and-white walls studded with flat screens, sleek white desks home to silver-backed monitors and laptops with the iconic Apple apple (ha, ha).

But the touches of Detroit’s spirit are evident, from the graffiti-chic art installation in the center of the room surrounded by what we hope is local art, to multiple couches and lounges that speak to moments of rest in between inventing the future.

“Our goal is to create new pathways and new opportunities for a diverse group of 21st-century tech leaders, and we’re proud to be working with Apple to bring this vision to life,” said Sarah Gretter, Michigan State University’s lead of the Detroit Apple Developer Academy.

According to Apple, the Detroit Apple Developer Academy’s first class is made up of a diverse group of 100 learners, aged 18 to 60, who will receive 10 months of comprehensive app development and entrepreneurial training that will hopefully give them the tools to create the next generation of cutting-edge apps.

Enrollment is available at no cost, and students are not required to have any previous coding experience. In this case, inclusivity means more than just skin color.

“We believe apps for everyone should be designed by everyone, and that all aspiring developers and entrepreneurs should have the opportunity to be a part of the thriving app economy,” Jackson says.

We’re so excited to bring our Apple Developer Academy to Detroit, the first of its kind in the US, in collaboration with @michiganstateu. Everyone should have access to opportunity and we’re committed to creating enduring change. https://t.co/H0EvAWQzzW

Detroit has had the coding and development bug for years, with interest in various independent programs like Black Girls Code and Code Bootcamp waxing and waning in tandem before we witnessed a veritable explosion of tech companies and coding firms spring up Downtown. Now that those companies have been established for a few years and are by all accounts doing well, the news is in about the potential for ambitious, driven tech professionals in Detroit.

The merit of those smaller programs can’t ever be understated, and the coals of interest ignited by the young minds interested in those programs led, in large part, to Detroit being recognized as the ideal place to foster Apple’s initiative. The drive was here. We simply needed a bit more support, and a big push.

Speaking of interested minds, the response to the developer academy from the city has been nothing short of ecstatic, but in the no-nonsense confidence way all Detroiters feel when we know we’ve got something in the bag.

“So tomorrow is my first day in the Apple Developer Academy. I’m starting and I’m going to Finish and be the best at it. Future IOS developer…”  wrote Devin Allen, a technical specialist for Apple, on Facebook.

Oscar Chapa, a public servant with the City of Detroit and Devin’s classmate in the academy’s 2021-2022 cohort, shares Devin’s enthusiasm for the change in his career trajectory.

“I’m really excited for this new chapter in my life!

Although working on behalf of Detroit residents over the last two years has been an amazing experience, my heart knew it was time for a change. Next week, I begin my transition to The Apple Developer Academy!! 😎”

Applications for the current cohort are unfortunately closed, but the next round opens this spring, so keep an eye peeled on the academy’s website. There are even opportunities and spots available for people who’re interested in the field, but maybe not the nitty gritty of the tech details. Apple’s Developer Academy is also looking for mentors in design, entrepreneurship and marketing to work and learn alongside students.

Getting Metro Detroit Ready for College

Khary Turner, Executive Director of the Coleman A. Young Foundation