Art, now more than ever, is the young activist’s weapon of choice, and few mediums are as powerful as film. Join the Detroit Women of Color International Film Festival and enjoy two days of flicks made by and for women and girls of color that set out to tell our varied stories in a real way.

“We’re hoping to really
highlight the voices of women and girls who are often invisible,” says Detroit
Women of Color, Inc. Executive Director Oya Amakisi. “People talk about
us, but we want to tell our own stories. When you tell your own stories, when
you share your narrative, you also shape the way you’re perceived by
society.”

This is the festival’s
official relaunch after a 10-year hiatus. Amakisi stepped away for personal
reasons but says the community campaigned for a comeback. “The consistent
encouragement and love gave me the energy and the strength to do it again, and
so, I’m really excited. We’re bringing films from all over the world,” she
says.

Expect projects by filmmakers
from Australia to Swaziland and, of course, Detroit that aim to present a range
of emotions, experiences and perspectives of black and brown girls. Amakisi
says “at a time where there’s an all-out war on women and people of color,”
the DWC Film Festival is especially timely. “We need spaces where we’re
celebrated, where our only focus is not our pain but our resilience.”

Detroit native Danielle Lyle will debut her short film Shield of Day 2 of the festival. After young Zoe finds herself in foster care following the death of her brother, with the protection of a blanket and a newfound caregiver, she must face her trauma and discover a new normal.

Lyle says, “We need to understand the complexities” of the foster care system. She hopes her film will help to highlight the ways in which the system is broken so that vulnerable children are easily able to slip through the cracks.

Amakisi says they invited 75 girls from across metro Detroit to attend the festival. There, they’ll take part in workshops like a film lab and DWC’s Resilient Love program, which promotes self-love in girls ages 11 to 18, using film as a tool.

In late October, they’ll begin accepting applications for the Change is Reel program, which’ll give girls and women of color a hands-on opportunity to learn the art of filmmaking and thus learn another way to advocate for themselves. Amakisi says, “Film is a tool that we use to generate conversations and to go beyond the stereotypes.” 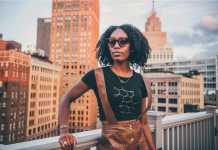 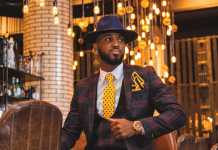