Tre Hobbs has dedicated his life to educating his neighborhood about the benefits of cannabis with his company Neighborhood Essentials. Growing up on Detroit’s east side, Hobbs says his upbringing was filled with poverty. Back then, his main focus was football and he stayed away from weed because he was an athlete.

He says, “My main reason to play football was to get my people out and make a better way for my family.” Hobbs played football throughout high school and college. He was offered a spot in the NFL until he got hurt two weeks into camp. “My whole identity was football.”

His doctors prescribed him drugs that his body did not agree with. That’s when a friend introduced him to CBD oil. Hobbs started seeing results in his body within two weeks and also noticed that after smoking the plant his long-lasting migraines had disappeared. He began exploring other strains of weed, figuring out what worked with his body and what didn’t.

He realized that the plant had more benefits than just the euphoric feeling, and the idea for Neighborhood Essentials was born. He says, “I want to teach and empower our community. It’s more to weed than the high; I want it to be a beacon for power and hope for people.”

In 2020, he decided to go to the west coast and network in the cannabis industry. He drove to Colorado, and then headed to Washington, Oregon and California. He networked with everyone from hippies to high-level government officials.

Hobbs says, “I was just putting myself out there.” He joined a cannabis nonprofit centered around minorities called Our Academy. There, he was able to take a 12-week course on how to turn his cannabis dreams into reality.

He gained advisors and mentors, learned from growers and accountants, and more. Hobbs applied for the Eaze 2021 momentum accelerator program and won. The California-based cannabis marketplace awarded him a $50,000 grant and a 12-week business development program led by industry experts. At the end of the program, Hobbs will pitch his business to more potential investors.

Right now, he has strains of weed in dispensaries around Detroit and plans to open his own dispensary on the east side. California is the hub for cannabis, and Hobbs is launching products included pre-rolled options in southern Los Angeles. Once the world opens back up completely, he hopes to host cannabis events and workshops, and share his story with the community.

“One thing about Detroit, we have a strong sense of pride for things made in Detroit,” Hobbs says. “Neighborhood Essentials is gonna be the neighborhood brand that we need. I look like y’all, but I did this – and y’all can too.” Hobbs wants his business to be a turning point for Detroit.

He wants to heal the city and be the spark for the next generation of cannabis owners. He says, “This whole industry is built off our culture. It’s still people locked up while they are branding their business on our culture. It’s built off of Black and brown people, and it’s time for us to reap the benefits.” 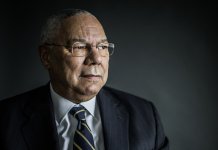 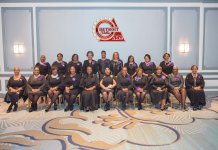 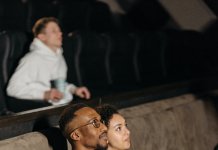 My Two Weeks as a Cannabis Trimmer in Detroit

New Jersey is the Poster Child of the National Racial Inequity...