Subscribe
Home News + Features Trauma is Passed from One Generation to the Next, but so Too... 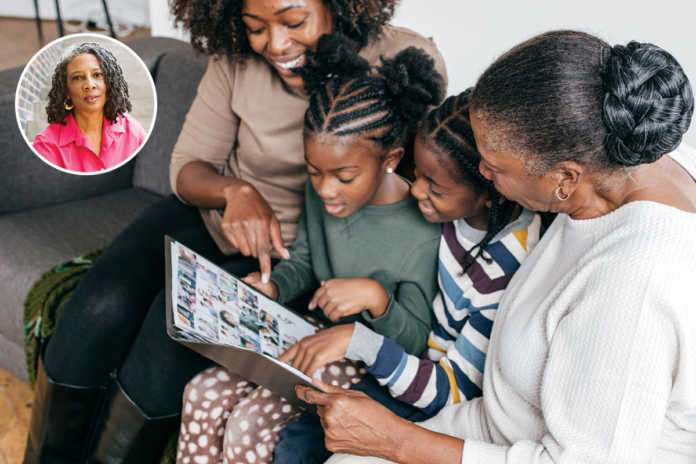 History not only repeats itself, but when it does, it can reinforce generational traumas. Often, it is the silence of our ancestors that allows outside forces to continue to wreak havoc upon our children and their children. If we are ever to break the cycles of suffering within our families – and in society as a whole – we must be the tellers of our own stories.

“Our ancestors passed down the pain, often without explanation,” says Carolyn Carter, who teaches genealogy at Wayne County Community College District. “So many of the things they faced are similar to what we’re facing now. Knowing what they survived helps put our own lives in context.”

I once interviewed a woman whose family fell on hard times when her father lost his job. Unable to handle both a mortgage and two kids in college, her parents chose to keep paying the college tuition and forego their home.

“We were totally oblivious to what had happened until the end of sophomore year,” she said. “I came home from school and found out we were living with my grandmother’s sister. My father had temporarily moved in with his parents. I wasn’t there when things were put out on the street.”

Her father died soon after the move, the stress no doubt exacerbating his poor health. The experience was hard, but when the Great Recession that started at the end of 2007 put her in the same position, she was fortified by the knowledge that her family had already experienced this once before and survived.

While giving up her home was not easy, she was able to face it with a wise practicality. “Take your treasures,” she said about the lessons she learned from her past. “Control what you can control and go with dignity.”

Genealogist Carter has also found strength in her family stories. For years she thought her uncle died of meningitis as a child growing up in Detroit’s Black Bottom in the 1930s. But when she dug up the death certificate, it stated that the child died from “tuberculous meningitis.” Carter says, “The story that he died of meningitis probably survived because TB bore such a stigma.”

TB was often thought of as a disease that riddled mostly poor and Black communities. That history came rushing back when Carter lost her mother to COVID-19 in April. Unable to be by her mother’s side as she died and unable to have a proper burial, Carter is still numb with grief. “I wonder if I did something wrong by not laying her to rest correctly. I have struggled with the fact that there was nothing I could do.”

Her helplessness mirrors the grief her grandmother must have felt when she put her 8-year-old son into a TB sanitorium where he passed away. And in that knowledge, Carter has found some solace. “This isn’t the first time we haven’t been able to properly say goodbye to our dead,” she says. “Learning about family history teaches you about history period.”

Like how everything from economic downturns to epidemics continues to impact the poor and people of color disproportionately. Like how our failings and our sorrows are not always of our own making. How our struggles are not only personal tragedies, but America’s shame.

“If we put all the stories together, we can’t pretend we didn’t see it,” says award-winning storyteller Satori Shakoor. “It’s so clear that Black people are systemic casualties. We die faster and sooner from the same things that other populations survive, and that didn’t just start this year.”

Shakoor is the founder and host of the monthly Secret Society of Twisted Storytellers, a staged event where people gather to hear the real stories of ordinary people. This month, the theme will center around the pandemic and its impact upon the lives of Detroiters.

“How can we process what’s happening to us if we don’t know the stories?” asks Shakoor, who is moving her event online for June. “We have to grieve, and we have to heal. In order to do that, someone has to hear what we’ve been through. As soon as you tell your story you create instant community, and without community, our chances of survival are slim.” Telling our stories is not only how we have survived and healed from the traumas of the past – it’s the way for us to transform the future.

The Secret Society of Twisted Storyteller’s virtual June showcase is themed “Pent Up.” Specific details to come. For more info, visit their Facebook page or twistedtellers.org. Desiree Cooper is the author of Know the Mother.