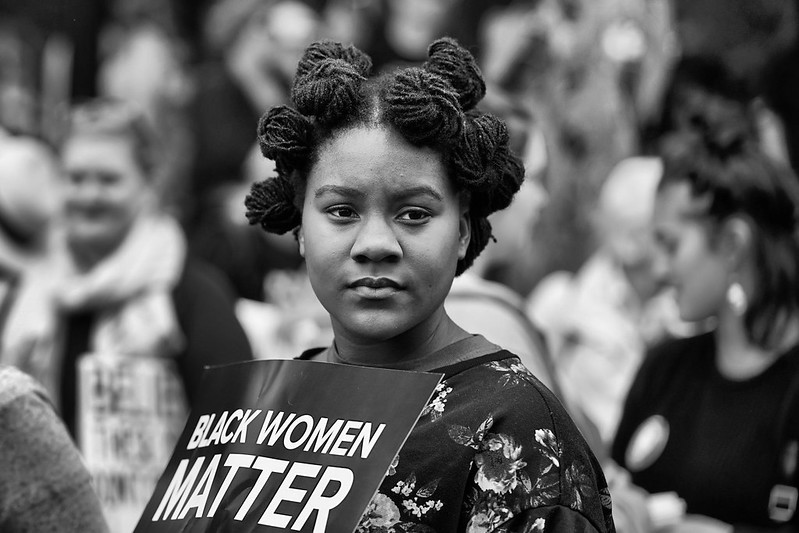 I was just a toddler when Roe v. Wade was signed into law. In my lifetime, I have only known reproductive freedom that rightly afforded me agency to make deeply personal and private decisions about my body. To have that freedom should not be a luxury – it is and should continue to be a right.

Yet, there have been recent and consistent organized efforts to strip away these rights from women in the US, tearing at the constitutionality of Roe v. Wade since it became law in 1973. The latest violation hails from Texas in the form of Senate Bill 8 (SB-8). Like most bans to abortion rights, it is another example of how conservatives and lawmakers are working to undermine the protections provided by the landmark Roe v. Wade decisions.

SB-8 prohibits abortions once a medical professional can detect a heartbeat – generally around six weeks and before most people are even aware that they are pregnant. The legislation is concerning because it is citizen enforced, empowering anyone to file a lawsuit against those who assist with an abortion after cardiac activity is detected. On Sept. 1 the law went into effect after the Supreme Court voted 5-4 to deny an emergency appeal.

Before the ink dried on the high court’s decision, Vice President Kamala Harris released a statement in which she said, “This law will dramatically reduce access to reproductive care for women in Texas, particularly with low incomes and women of color.”

This is an understatement. Abortion rights advocates across the nation agree with Harris, citing socioeconomic factors, transportation, challenges with coordinating an appointment among the factors that can delay a procedural decision and unfairly impact women existing in the intersections of feminism, racism, underserved communities, etcetera. Without a doubt, Black women in Detroit would fare much worse with these laws than their wealthier suburban counterparts who can cross state lines to subvert the rules.

“As with the many harmful restrictions that Texas politicians have placed on its constituency, it will be those who continue to carry the disproportionate burdens of reproductive oppression, Black women, who will most expeditiously experience the impact of this most heinous law,” said Marsha Jones, executive director of The Afiya Center (TAC). The TAC is a Texas-based organization that provides education and resources for women and advocates for reproductive justice and reproductive freedoms.

Jones continued, “Reproductive oppression of Black women’s bodies is deeply rooted in this state and this law is a continuation of the history of the commodification (with the denial of bodily autonomy) of Black women bodies.”

This issue shouldn’t be seen as a southern problem only– Texas is not the only state revamping their use of weaponized legislation to threaten a person’s right to choose. The Guttmacher Institute, a research and policy organization committed to advancing sexual and reproductive health and rights worldwide, reports that 22 states have either active or potential laws restricting the legal status of abortion. Women’s rights in northern territories are at risk as well.

Thankfully, while other state lawmakers are promising to clone SB-8, some Michigan legislators are mobilizing to protect the right to choose for women in the Great Lakes region. Michigan Senate Democrats called the Texas legislation among the most restrictive in the country and issued a statement that in part read, “We must read the writing on the wall. We cannot trust that a majority of the justices on this U.S. Supreme Court will put the law before their own radical politics, and we must act now to protect access to abortion health care in Michigan.”

To start protecting Michigan from unconstitutional threats to abortion rights in earnest, there’s a 90-year-old ban that has first to be repealed. The Michigan law, as revised in 1931, would make it a felony for a medical provider to perform an abortion unless it is necessary to preserve the life of the mother. State Sen. Erika Geiss introduced Senate Bill 70 that would repeal the ban and Gov. Gretchen Whitmer has asked the state legislature to pass it into law, seeing how easily it can be manipulated to support anti-choice legislation.

In Michigan there were more than 28,000 reported induced abortions in 2020. Black patients accounted for 53% of those procedures. They had the autonomy to choose while not being confronted by various prevention barriers, the least of which should be directly related to financial and social status. Let’s keep it that way.

How you can help:

Vote your interest: Lawmakers will continue to attempt defeats against Roe v. Wade. Your vote grants legislators the right to pass or reject laws that determines your access to health care. Pay attention to local elections, not just presidential, and research what issues each candidate supports. You might be surprised.

Support the cause: There are several ways to help organizations whose mission is to protect reproductive rights. Planned Parenthood of Michigan and the ACLU of Michigan are just a few local organizations that accept donations and have organized volunteer efforts.

Use your voice: Write to local and federal legislators stressing the importance of protecting reproductive justice and the essential freedom it provides.