This first-generation college grad runs a collaboration of organizations that aim to help Detroit students reach their educational goals. 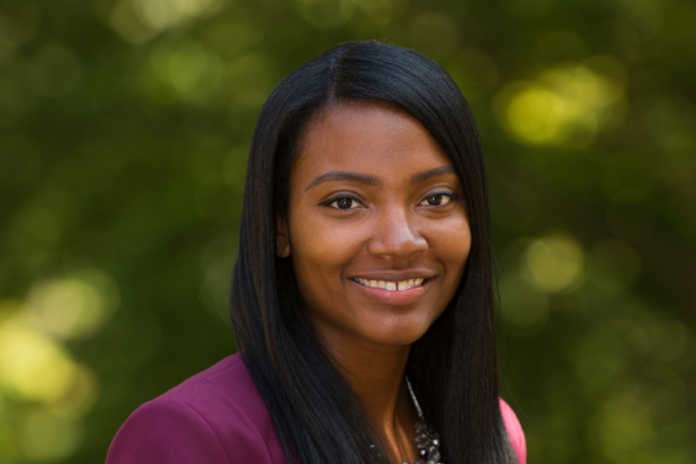 Getting into and successfully navigating a university or trade school is tough. It’s even tougher when you’re the first one in your family to do it. Ashley Johnson, Ph.D., executive director of the Detroit College Access Network (DCAN), knows this struggle as the first person from her family to go to college.

The
Shelbyville, Tennessee native – who’s lived in metro Detroit since 2010 –
attended the University of Mississippi and graduated with a bachelor’s degree
in biology with a minor in chemistry, followed by a master’s in curriculum and
instruction in education.

After, she
moved to Michigan to complete her education at Michigan State University where
she earned her doctorate in education leadership and administration with a
specialization in urban education. These experiences and the belief that an
education can be used as a catalyst for economic growth, and community
empowerment and improvement, helped to fuel her passion to support kids’ life
goals.

“Being a
first-generation college student opened a lot of doors,” she says. “I
wanted to do something that had a bigger impact on students.” And so, she
began to work as a secondary science teacher, teacher coach, curriculum
specialist and instructional leader before landing the director position with
Excellent Schools Detroit (ESD) – a coalition that aims to ensure each school
in Detroit performs at its best.

In 2013, while
Johnson worked for ESD, an opportunity arose to be involved in the launch of
DCAN. She jumped at the chance, and by 2017, she had earned the executive
director position. “I love the work (at DCAN),” she says. “It
doesn’t feel like work for me.”

That’s because
DCAN gives Johnson the chance to work with kids who may be lost when it comes
to the processes involved with obtaining higher education and who, like
Johnson, don’t have family with the experience to help.

“DCAN is a
network of organizations, so it’s not like many other that are just a program,”
Johnson explains. “(Instead) it’s a number of programs working together to
increase the number of kids that graduate from Detroit high schools, college
ready.” Among the 100-plus groups that make up DCAN are Wayne State
University, the University of Michigan, Michigan State University, Detroit
Public Schools Community District, United Way, the Kresge Foundation and the
Skillman Foundation.

Together, these
organizations analyze data to find out how many students in Detroit come out of
high school ready to tackle their next chapter in education and then develop
plans that will help children reach their goals. “We’ve built a capacity
of people to work with kids to get them into a culture of education (and) we
create programs where the data tells us we need programs,” Johnson says.

Since its
launch, DCAN has hosted numerous events, including “lunch and learns”
and professional development seminars, plus programming specifically designed
to help high school seniors complete college applications and obtain financial
aid. They also offer an SAT prep class and facilitate a drop-in center where
students can get help during the summer months.

It isn’t just
college help that students get through DCAN, either. They can also put students
on track to enroll in community college, technical or trade schools and even
certification programs. Johnson and DCAN have helped put more than 20,000
Detroit high school students on the career path they desire, and there’s no
sign of slowing down.

From Motown to The Grammys