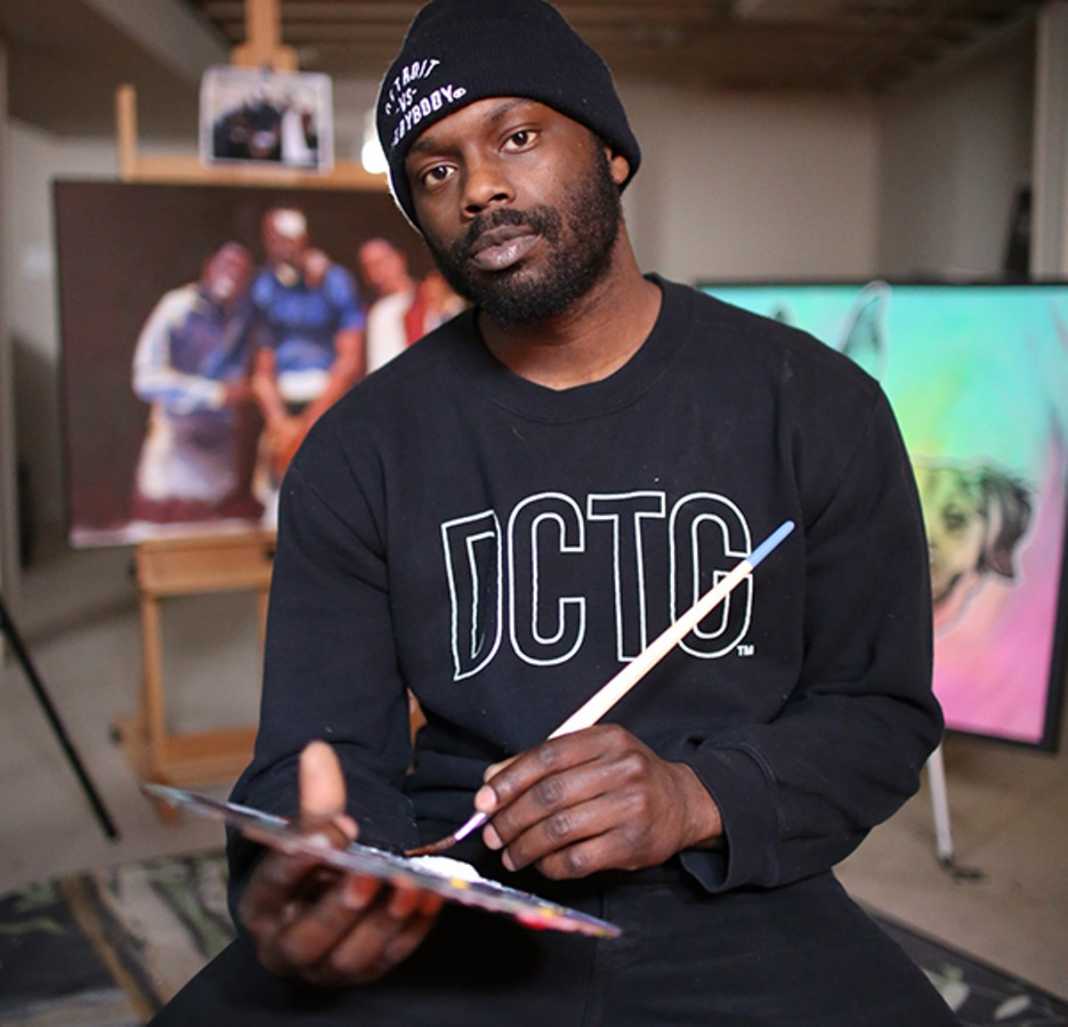 Brian Nickson, known artistically as B. Nick, is a modern-day superstar artist from Detroit.

Like many vested creatives, this Eastside-born acrylic artist started his artistic journey at five years old. Throughout his childhood, B. Nick attended many art programs and organizations in the city and worked on his craft. He attended and graduated from Cass Technical High School, which boasts a storied alumni class including music icon Diana Ross, former Detroit Mayor Kwame Kilpatrick, and FX television star Angelia Lewis.

But it wasn’t until Brian turned his tassel to the left side of his graduation cap that he discovered art and the spirit of creativity was more than a mere hobby.

“I wasn’t as aware of the spirit because it was within me,” B. Nick told BLAC. “So, I had to tap in and see it within myself.”

After attending the College of Creative Studies for one semester and a stint in rap, B. Nick decided to go full force after praying to God for a sign. Since starting, his work has been featured on television networks, in art exhibitions across America, and in the collections of distinguished figures such as Judge Deborah G. Bledsoe Ford and Joseph McFashion.