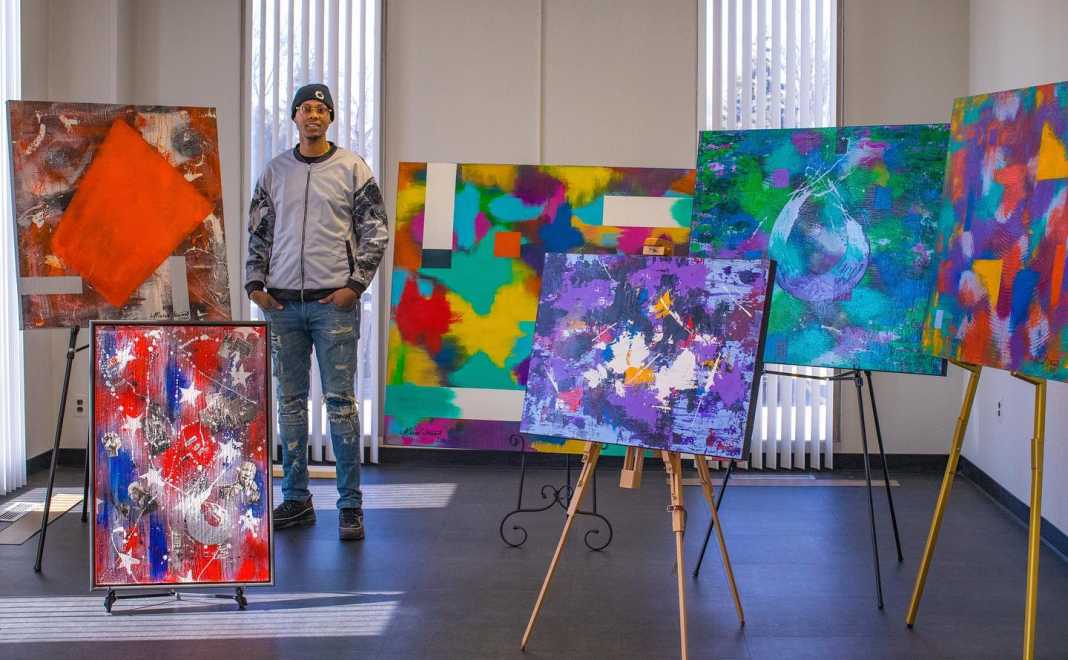 Our Artist of the Week, Marcel Stewart, is an emerging artist with an eye for creativity. As a Detroit native, Stewart studied various art forms and techniques to become a master in his field. After receiving a scholarship to attend the College for Creative Studies, his work has been a key component of several local, national, and international exhibits. Several of his pieces are also a part of numerous private collections worldwide.

Since 2016, Stewart has been an abstract expressionist, following in the steps of iconic painters such as Jackson Pollock, Joan Mitchell, and Robert Motherwell. Marcel himself has also worked alongside exceptional artists such as Paul Goodnight, Marcus Glenn, and Larry “Poncho” Brown.

In 2021, Marcel was recognized for a painting he conceptualized called “Still Uncivil,” created in honor of Martin Luther King Jr. Day. The painting, which depicts a resemblance of the American flag with the words “No Justice, No Peace” and cutouts of pivotal moments in the Civil Rights Movement, is aptly representative of the issues we still face in present-day society.

Recently, international art collector Joan LeMahieu said she was impressed with Marcel’s artistic ability when she first witnessed it. As a result, her son, fellow friends, and art collectors all have Marcel-commissioned pieces.

PHOTOS: How Jazz on the Ave makes a difference on Detroit’s...

This new app brings fitness to your fingertips