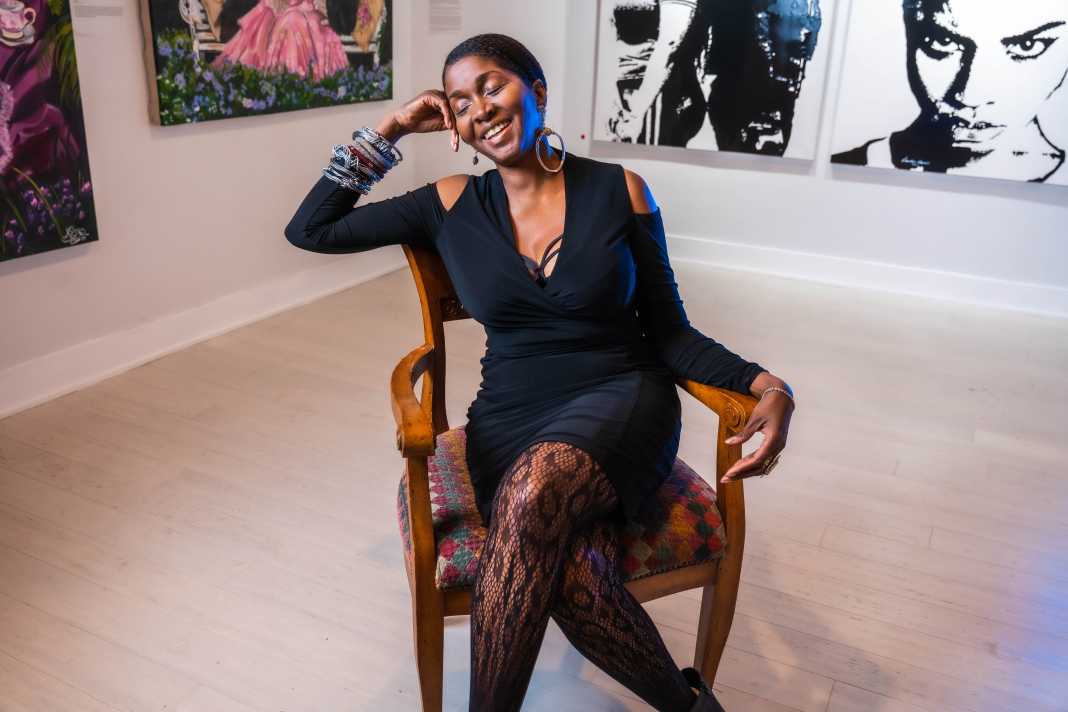 Misha McGlown is a Detroit artist and manages the daily operations at the Irwin House Global Art Center and Gallery. Co-founded by Valerie Irwin and Council B. Irwin, Jr. in 2015, the museum delivers a creative template of different cultures while educating and providing opportunities for artists.

McGlown has an extensive career in the arts that’s taken her to New York, where she contributed to projects for the City College of New York, Columbia University, Sugar Hill Children’s Museum, and other organizations and programs in New York.

Here in Detroit, McGlown focuses her attention on sharing her wealth of knowledge and expertise whether she’s at the museum or in historic Detroit neighborhoods of LaSalle Gardens and Virginia Park.

Through the Irwin House Global Art Center and Gallery, McGlown recently helped oversee fellow artist and Detroit native Jonathan Harris’ recent offering: “Critical Race Theory.” His work shows the iconic leaders Martin Luther King Jr., Harriet Tubman, and Malcolm X being painted over with strokes of white paint as if covering up graffiti. The painting resonated with many as it shows how the current misunderstanding of critical race theory threatens to potentially erase Black history from all schools across the U.S.

“Jonathan’s piece, in particular, has been so impactful because I think … the voices of many people have been muted in this conversation about Critical Race Theory and race teachings in schools. The painting kind of opened up a door for people to be a part of that conversation,” McGlown said.

To The Bone: An excerpt from Desiree Cooper’s New Book ‘Know...