Subscribe
Home Food + Drink Cruelty Free and Sweet as Can Be 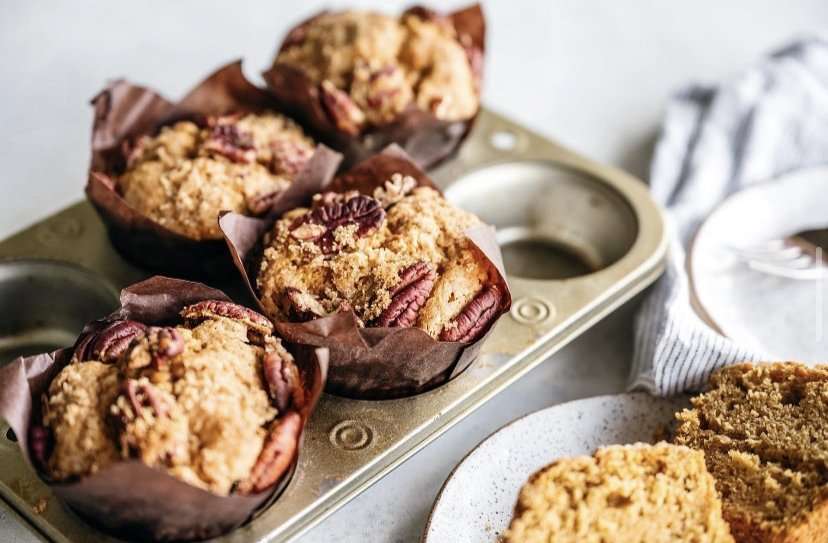 That name is part of a long family legacy. It’s named after Chantelle’s grandmother who first taught her how to cook and bake as a child.

“She taught me how to make my first cherry pie. She just had a passion for baking and so she passed that on to me. My mom was a baker, so it runs in our family,” Jones says.

Introducing veganism to the family’s traditional culinary legacy started with Chantelle searching for an answer to her health woes.

“After having my second daughter I was diagnosed with an autoimmune disease and none of the doctors could tell me what was wrong with me. I put myself on my own elimination diet where I just eliminated certain foods to figure out what my triggers were. That’s when I found out dairy and similar things were a major trigger for me. So I started just teaching myself how to cook all the familiar dishes that I love but just without animal products,” Jones says.

Once Chantelle got the hang of her new recipes, people started to notice. She’s quickly gone from seeing coworkers salivating over her lunches to creating an entire business that included pop-ups, catering, e-books and virtual cooking classes. Not even the Covid-19 pandemic could stop her. In fact, it made her double down on her efforts to expand.

“When the pandemic hit I had to figure out ‘Okay how are we still gonna make money?’ So I started doing classes and I started shipping our baked goods. Our cakes, our breads, our muffins, those things ship really well. With all the downtime I’m like ‘what do I really wanna do next?” Jones says.

Estella’s Vegan Dessert Boutique will be opening its doors as a six-month pop-up inside the Grand River WorkPlace on Sunday, October 17th. Vegan treats available will include items  such as sweet potato pecan bread, blueberry lemon poppyseed muffins and Vanilla Funfetti cake. Chantelle is already making plans for a permanent location after the pop-up period has concluded.

Kick the Sugary Drink Habit & Start the School Year With...

‘More Than A March’