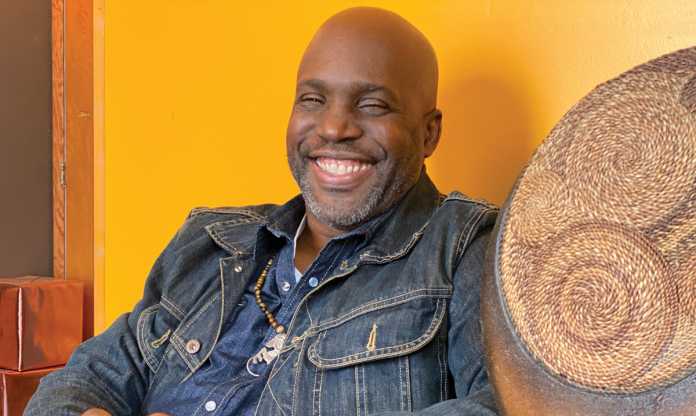 Founded in 1994 as a Black LGBT media company, LGBT Detroit has since evolved into an education and advocacy organization focused on four pillars: economic and racial justice, health care disparities, global sexual freedom and expressions, and anti-discrimination policies. “We’re called to lead or assist in these matters, either locally, statewide or nationally,” says Curtis Lipscomb, LGBT Detroit executive director.

The nonprofit offers a series of programming on everything from substance abuse support to leadership to HIV/AIDS prevention. “Historically, gays and lesbians, in my lifetime, fled their homes because of harm, either physical violence or harm from losing their job or losing the social status and community,” Lipscomb says. “So, we argue that we are not going to flee from our homes. We are going to change the laws, change the environment, change the way we engage with our own family, our own neighborhood, our own businesses.”

The pandemic has shone a light on the unique ways in which virtual programming can help further the mission and reach more people. LGBT Detroit hopes to double down on some of those initiatives and build a network that will continue to allow them to share what they’re up to with a wider audience “and connect to people in places where they are most comfortable.”

The organization opened a 6000-square-foot campus in 2016, making the space the largest Black-led, LGBT-focused headquarters in North America, Lipscomb says. Intertwined with the work around advocacy, LGBT Detroit makes it their mission to challenge the miseducation and misconceptions about the community. “There are a number of people, rightfully so, who don’t understand what it is to love the same gender,” Lipscomb says.

He finds that some still think queer people just want to disrupt and don’t wish to be familial or communal. “We love our family, we love our parents, we love our brothers and sisters. There’s always been challenges with the typical experience of Black people. Jim Crow, redlining, mass incarceration, all those things have impacted Blackness. It impacts Black LGBTQ people too, but layered upon that, the internal fight suggests that if you’re lesbian, gay, bi or trans, that you are not welcome. And that’s not the case. We’ve built a great community in Detroit.”

Personally, Lipscomb says, “I had a wonderful coming out experience. I worked for a Black gay man on Livernois as a teenager. His clientele, his business partners were very supportive. They introduced me to the community here in Detroit, wonderful, wonderful experience, warming experience, loving experience.”

He went off to college and started to explore his identity, and then the HIV/AIDS epidemic emerged. “A lot of my friends were being infected with this deadly virus. They were dying. When my best friend died in my arms in 1992, I gave the rest of my life to service.”

LGBT Detroit’s Hotter Than July is the world second-oldest and longest-running Black Pride festival. Last year, the celebration was adapted to run virtually. “It was a hit,” Lipscomb says, and, so, they’re back with a similar format this year. Expect a mix of live streamed and pre-recorded broadcasts.

The main draw will be a talent competition featuring illusionists, singers and others showcasing themselves and battling for a cash award. That’s happening over three days starting July 23. “It always starts with a candlelight vigil honoring our dead. Particularly (considering) these last two years, it’s going to be more meaningful than ever,” he says.

Lipscomb and LGBT Detroit were featured in the magazine in 2015. On the progresses the community has made since, he names marriage equality as a key achievement toward the building of wealth, security and family. He and his partner, Willie, have been together since 1998. On the work still left to be done, he reminds that young, Black gay men are dying of AIDS-related illnesses more frequently than any other group and that Black trans women are disproportionately the targets of violence and hate.

He says the majority of the people who come into the office are straight allies looking to learn and lend a hand, which Lipscomb says he welcomes. “I’m from a school of thought that says education is key for us to advance together.”

For more information, to donate or get involved, visit lgbtdetroit.org.

The Doctor of Detroit Public Schools

A Night of Love with Love Life Date Night