The associate vice president and chief human resources officer of WSU and Detroit native seeks to engage 'top talent' to serve students at the university.

Since childhood, Debra Williams had a knack for thinking strategically. This resulted in myriad rapid-fire questions, often to the irritation of her parents, but the Detroit native and Cass Tech graduate used her curiosity and critical thinking skills as an accelerant for educational and professional growth. After graduating from Cass Tech, Williams took her gift of curiosity to Wayne State University's journalism department, earning a bachelor's degree, and subsequently, an MBA in business administration from Lawrence Technological University.

Never one for following a traditional path, Williams landed a job as chief resource officer for Detroit Public Schools, a position she held from 2002 to 2006. As a DPS graduate, she believed in Detroit's education system and wanted to help improve it. "To see where (DPS) had landed as of 2002 was distressing to me," Williams says. "I believe education is a right, not a privilege. For the majority of children, it's public (schools). And from my point of view there's no reason that DPS can't be competitive with the top private schools in the nation."

By 2008, she was ready to tackle a different challenge: one that required her to move to Fort Wayne, Indiana. Parkview Health, Williams adds, is the largest employer – not just in healthcare, but overall – in Fort Wayne, so she welcomed the opportunity to lend her human resources acumen to the company; yet, her love of Detroit tended to shine through. At a time when Detroit was struggling financially – and the nation was experiencing a recession – Williams had great pride in her native city. "As someone who was born and raised in Detroit, I will forever be a Detroiter," Williams says. "When I was in Indiana, I felt like a personal marketing team for Detroit."

Eventually, she did more than talk about Detroit to anyone who would listen, and in 2013, Williams was ready to come home. Once back, she worked for St. John Providence Health System, McLaren Health, Right Management and others. The thread that connected her role with these companies was a deep commitment to leadership development and community engagement, which she attributes to coming from her parents and those who supported her in those formative years.

"At the time, it really was the village that raised you," Williams says, adding that although everyone doesn't start in the same place – either socioeconomically, geographically or otherwise – "we all need to get to whatever our finish line is." Her community engagement includes serving on the Detroit chapters of the Society for Human Resource Management and the National Association of African Americans in Human Resources, as well as working with United Way of Allen County.

When her alma mater came calling this spring, she was ready. As the associate vice president and chief human resources officer of Wayne State University, Williams is the school's first chief HR officer. "What that role brings is a much more strategic approach to this important talent network," she says. "What's exciting to me about being at Wayne State at this time is being able to really take in, evolve and transform Wayne State's HR to that next level so that we can continue to be the employer choice and engage the top talent that our students need and deserve."

Williams also keeps busy as an adjunct professor, published author, certified executive coach and "frequent keynote speaker on leadership, diversity and inclusion and talent development." Whether it's pro bono consulting work for various nonprofits, board engagement or cultural alignment, she wants to raise the HR game, especially in Detroit, and Wayne State is a good place to employ those strategic gifts that have been in her toolbox since childhood. "Different people have different gifts that can lend themselves to a wide range of professions," Williams says. "Every day I want to be better than I was yesterday. I love learning. I love sharing knowledge." 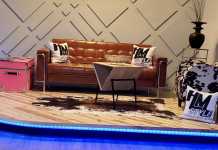 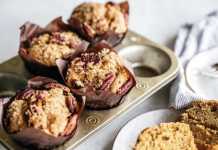 “Murder on the Yard” blends HBCU culture with Mystery Thrills

Local Organization Encourages POC to Return Black to the Land

Heal Thyself at the Sacred Lounge

The Kid from the Village is now Nurturing Detroit’s Youth Community.

Building One Block at a Time

4 Black-aligned orgs that are keeping New Orleans citizens and surrounding...

SEEN: Celebrating a Centennial of Fashion

Sounds of the Holiday Season