Calvin Sibert, aka Mr. Smooth, has given thousands of dance lessons for the last 15 years and has even played incidental matchmaker a few dozen times—all with gentle poise, well-worn patent-leather shoes and his reassuring mantra: ‘If you mess up, catch up.’

t’s not quite time for class, but couples have already begun to claim space on the shiny wooden dance floor at Club Yesterday’s in Detroit. By the time the teacher takes his place at the front of the class, the floor is filled with rows and rows of couples joyously following the lead of the instructor’s captivating voice.

His name is Calvin Sibert, but they call him Mr. Smooth, or Smooth for short. It describes not only his graceful dance style, but the gentle, teddy bear-like demeanor that has endeared thousands of dancers around the world to him and his wife and business partner, Jackie.

From a class of approximately 75 students in Inkster in 2001, the couple has built a mini-empire centered on ballroom dancing. It includes weekly classes in metro Detroit, monthly classes in Atlanta, annual ballroom cruises, trips to teach ballroom as far away as South Africa, a team of talented teachers and a line of clothing, CDs and DVDs. He estimates he’s taught 25,000 people to dance since that first class at a recreation center in 2001.

“It’s not just the dancing. It’s the atmosphere, the spirit of the place. There’s something magical and spiritual about his classes,” says Duane Owens, 61, of Detroit, a regular at his classes. “Most of these people are strangers to me, but it feels like family.”

That familial atmosphere has, in fact, resulted in some real families. At least 31 couples have reportedly married since meeting in one of Mr. Smooth’s classes. Another couple is scheduled to wed on this month’s ninth annual cruise.

“Mr. Smooth encourages you to dance with different people, and we just started dancing together,” says Lawanda Burley, 46, a social worker, who’s engaged to marry Claude Milhouse, 55, a firefighter she met at a class two years ago.

But hooking up is not the goal of Mr. Smooth’s classes.

It’s all about a graceful style of ballroom dancing that he began teaching at a friend’s suggestion, a year after he himself learned in a class at Wayne County Community College District in 2000.

At that time, he was a quality analyst at Ford. His wife owned a trucking business.

He began dancing to give himself something to do when she traveled for work. He discovered he liked dancing so much he’d request she join him when she was in town so he could get in more practice. Initially, she repeatedly refused. But one day he told her if she didn’t dance with, he’d find someone else to twirl on the floor.

“OK! OK! OK!,” she says recalling that night and laughing about it now. Eventually she grew to love ballroom dancing as much as he does.

Within a couple years the business grew so big, she quit her trucking business and he retired from the automaker.

“Dancing has really changed my life,” Jackie Sibert says. “Socially, I have a lot of fun and I’ve met so many more people. I get to travel a lot. It keeps me young. I’ll be 64 in June and I feel like I’m in my 40s. I’m moving my body instead of sitting at home with that remote like I was doing.”

Several dancer students praised the benefits of dancing-from building physical strength and stamina to building mental dexterity. “It’s great exercise for your body and your mind,” says Detred Oden, 45, who takes lessons with his girlfriend, Christina Mayorga, 38, both of Redford. “It’s one of those exercises (where) you have to use your brain because you have to think about putting those steps together.”

While dance instruction is held throughout the world, Smooth’s regulars say his patience and the obvious pleasure he has for dance keeps them coming back.

“One thing about Smooth is you can tell he enjoys what he’s doing; it’s not just a j-o-b,” says Akouwa Loko, one of 13 people who assist in teaching his lessons.

Darryl Curtis, 64, drives all the way from Lansing for lessons on Tuesday nights at Club Yesterday’s.

“He explains everything very well, then he demonstrates it. Plus, while you’re trying it, he has a group of trainers walking around, and they’ll come over and help you if they see you’re having trouble,” says Curtis, who began taking lessons earlier this year-though he’d started practicing the skills on his own after purchasing one of Mr. Smooth’s instructional DVDs.

“It’s just a wonderful atmosphere,” says Beverly Gayles, 45, of Warren. “Everybody is there just to dance and have a good time. If you happen to meet somebody, OK. But that’s not the reason for its popularity. When you keep going, it becomes like a family.”

Gayles, however, did meet someone. She and Byron Hicks, 57, of Southfield, plan to marry this month on the cruise. He recalls spotting her on the dance floor about five years ago, when he couldn’t dance at all and she was already an experienced dancer.

“If it wasn’t for his dance classes, I never would have met her,” Hicks says.

While Mr. Smooth and company teach at several places, his main gig is Tuesday nights at Club Yesterday’s, where he offers 13-week sessions for beginners and advanced students. Additional to the main floor, other instructors teach on two smaller floors for people who may not be taking the continuous lessons and need more basic coaching. An instructor teaches hustle classes on a fourth dance floor, too. There’s open dancing after 8 p.m. to practice.

During a recent class, Mr. Smooth, dressed in one of his signature T-shirts, black pants and shiny, classic black-and-white patent-leather spectator dance shoes, called out words of encouragement in between instruction and demonstration.

“Back-step on your right, cha-cha-cha. Step and turn; step. Step and turn, step,” he says as he gently glides through a demonstration of a routine.

A misstep isn’t cause for shame; it’s a reason to repeat the demonstration and to practice it again and again, which the students clearly enjoy.

“It’s OK to make mistakes,” he says. “The more mistakes you make, the more you’re going to learn. If you mess up, catch up.”

Milhouse is one of those students who thought he’d never get it.

“I’d had lessons before, but any other place, I just couldn’t get it,” he says. “I really had two left feet. But he encourages you to stick with it, and I did.”

Student Yvette Ivory, 66, of Ferndale agrees. “He’s going to make sure you get it, even if he has to take you off to the side and work with you or have one of his instructors work with you, until you get it.”

“You keep coming back because the lessons are great and it’s fun,” says Ivory, who’s been going to his classes for four years. “I love it.”

Cassandra Spratling is a Detroit-based freelance writer and veteran reporter. You can follow her on twitter @Cassprat. 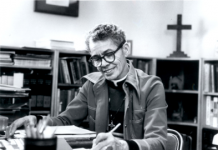 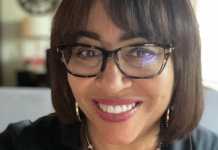 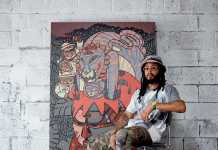 A new halal soul food restaurant is coming to Hamtramck