Instead of a ding-dong, when you walk into Détroit is the New Black, you’ll be greeted by the soft sounds of bird tweets – and that isn’t even the coolest change at the new location, but it’s pretty high on the list. Consider also the moss and stone walls, and we’d forgive you if you thought you were in an urban jungle and not a clothing store.

And that’s exactly the vibe owner Roslyn Karamoko is going for. “I wanted something modern, but also welcoming and natural,” she says. “There’s an industrial element, too. We wanted to show Detroit’s history from a contemporary, art-deco standpoint.”

Art jargon aside, the repurposed décor – they recycled marble from the old store – sets the mood for DITNB’s rebranding as a company focused on sustainability, morality and ethical fashion, from the source to the rack. Everything in the store is either domestic or organically sourced, including its newest line of the printed tees that started it all in 2014.

Karamoko says that the new direction isn’t so much a sudden switch. It’s more “finally, we can do this,” she says. “Sustainability was always important to me when we first opened, but balancing resources and availability as a startup is challenging. I knew when we relaunched, I wanted a clean slate.”

Now, Karamoko is also taking a more active role in fostering the up-and-coming art, culture and fashion scene in Detroit and beyond. She says she’s really excited for the “rotating retail accelerator model,” which gives a few new designers and creators temporary pod space in the store to grow a following and push their product to the public.

“We’re trying to highlight designers of color and anyone that’s underrepresented in the major fashion industry,” she says. “And we’re going to activate the store in a way that’s more than retail.” 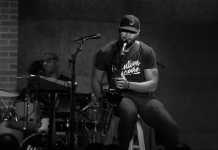 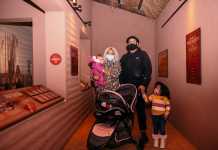