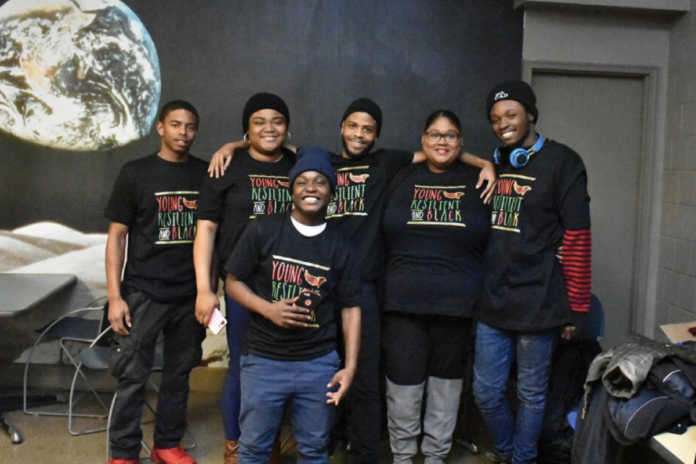 They may go to school every day and hang out with friends afterwards, but as those classmates head home, the teen facing housing insecurity is left wondering what to do and where to go now. “Homeless youth look very different from what we visualize when we think of someone sleeping on the street,” reminds Detroit Phoenix Center founder and executive director Courtney Smith.

She operates Detroit’s only drop-in center for homeless
and high-risk youth, an “asset-based resource center” and “a
low-barrier approach for young people who are experiencing housing insecurity
between the ages of 13 and 24.” They can pop in and take a shower, wash
clothes, pick from the food pantry or utilize the computer lab or lounge room,
no strings attached. “We just ask them to show their ID, but if they are
minors and if they’re in crisis right at that moment then we have to reach out
to our partner organizations who can house minors overnight,” Smith says.

DPC also hosts a variety of programming in the center,
from ACT/SAT prep to financial literacy courses to cooking classes. Smith says
the space, opened in 2017, is one where youth “can feel safe, they can
feel affirmed, they feel valued and get their basic needs met.” The RISE
Emergency Youth Winter Shelter is available for young adults in crisis during
the winter months.

She
says, “The passion for me for the drop-in has come from my own lived experience.
As someone who experienced homelessness as a teenager, I knew first-hand what
it meant for young people to not have a place to stay. I can look at the youth
I serve and see myself 10 years ago.” Smith was able to stabilize, but her
youngest brother, Blair, was still facing homelessness, and she wanted to help
him and kids like him.

She
got funding for DPC and to prepare, she put together a youth committee,
including Blair, to figure out what homeless youth in Detroit need, what
services were most crucial. Sadly, Blair died in 2017. “Learning about his
transition, it moved me in a way that I’ve never been moved before. It went
from me working full-time and (DPC) being a passion project to me going
full-throttle. I don’t want to lose anyone else to the streets,” Smith
said. In honor of her brother, she started the Blair M. Smith Memorial
Scholarship, a $500 award available to “students who demonstrate academic
fortitude” and an interest in pursuing higher education.

Smith
is just 28 years old and while she admits it’s “a lot of work,” she
says her personal supports and the community have been heaven-sent. “Detroit
Phoenix Center has literally been carried by the Detroit community,” she
says. “The work that we do does not match our dollars in capacity but
because people, millennials, the community has done so much for the
organization. I literally feel like I’m being carried. It makes it a little bit
easier during the really, really hard moments.”

DPC was one of the awardees of Detroit Regional Chamber’s NeighborHUB Grant Program, allowing Smith to renovate the space that started “from the barest bones” and creating a more youth-friendly, inviting atmosphere – what she’s dubbed the “Zen Zone.” Monies won from the MBK Detroit Innovation Challenge gave way to a transitional home on the city’s east side and an expansion to include workforce development.

Smith
says it’s the uniqueness of DPC’s low-barrier approach that makes the center
special. Other youth-focused programs may have zero-tolerance rules as a barrier
to assistance, a hindrance for youth who may be experiencing addiction, or have
behavioral or mental health issues. She adds, “Youth who are black and
brown are disproportionately represented in the system. And many of the
programs that serve the population, the founders and those who are creating the
policies, they don’t have the lived experience or they’re not as connected to
the community as I am.”

To donate or volunteer, visit detroitphoenixcenter.org. Especially during the remodel through early June, they’re looking for people willing to paint, host fundraisers or otherwise be involved.