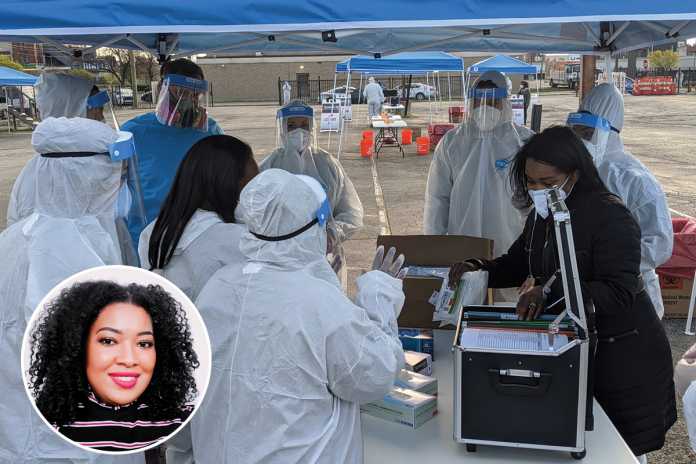 Much is discussed about exorbitant costs, ease of access and biases with respect to our health care system. For the most exposed among us, though, these are more than just structural flaws – they’re barriers that may stand in the way of life-giving care. Central City Integrated Health is a federally qualified, nonprofit health care center serving Detroit and Wayne County’s most vulnerable populations, regardless of identity, situation or ability to pay.

Central City regularly serves people with severe or persistent mental illness, and those who are impoverished or have limited access to high-quality health care. Also, by offering a menu of services, including dental, behavioral health, primary care and general wellness, the center is an option for patients who may require the care of several different types of providers.

President and CEO Dr. Kimberly Farrow says, “We really try to provide people with a one-stop shop and the same quality of services that you would receive anywhere. Whether you are in Bloomfield or Royal Oak, our services are comparable, high-quality services.” Farrow notes a high prevalence of heart disease, diabetes, obesity, hypertension, hepatitis, HIV and sexually transmitted infections in the community that CCIH serves.

“Really, our focus is to help – from a public or population health standpoint – decrease the numbers of those disease processes and also help people find the care to not only treat those things but continue on in their wellness journey,” she says.

They’ve been on the frontlines during the pandemic. “COVID was one of those things that, I think, really exposed that soft, white underbelly of low-income populations and at-risk populations,” Farrow says. Along with higher rates of infection and complications due to underlying conditions, CCIH also has been dealing with the indirect effects that come from skipping would-be routine care or neglecting to refill medications.

“People were so afraid that they just sheltered in place and became very reclusive,” she says. They also witnessed once-social drinkers develop regular alcohol habits and drug dependency surge. “We saw a significant increase in the number of overdoses.” Still, Farrow says, “It was, in many ways, natural to us to jump in, and we kind of geared up, took the bull by its horns and decided that we were going to be part of the solution.”

CCIH is currently administering the COVID-19 vaccine, but like elsewhere in the country, they’re facing a quantity and allocation challenge. The center gets about 55,000 visits each year with a base population of 7,500 to 8,000, Farrow says, but with the initial rollout, they received just 100 doses of the vaccine, barely enough to inoculate the staff. Farrow is hopeful that the flow will quicken under the new administration.

Farrow is a native of St. Louis. She completed her undergrad studies at Notre Dame before coming to Detroit and Wayne State University for medical school. Since 2009, she’s worked primarily in public health focusing on health care disparities, at-risk populations and ways to improve the doctor-patient relationship.

She came to Central City in 2016 as chief medical officer and vice president of clinical operations before being named interim president and CEO in October 2019. Farrow moved into that role permanently in January. She’s still a practicing physician and seeing patients.

“I can’t say enough about how much it makes me a better person and has made me a better provider and, ultimately, a better leader,” she says. Her boots-on-the-ground experience has been key to her success, she says, allowing her to gather “firsthand information regarding the needs of the community and of providers.”

Housing support and employment services are also included in CCIH’s framework. Partnerships with organizations such as Wayne County Integrated Health Network, HUD, the Salvation Army and others allow them to help residents find and sustain affordable housing. “We acknowledge that housing is also health care,” Farrow says. “If our patients don’t have stable and safe housing, they certainly can’t focus on their health care needs.”

And because “one’s overall wellness and sense of wellbeing is tied to being a productive citizen,” the center offers skills training including those related to food handling, janitorial science and computer literacy. Central City Integrated Health operates under the philosophy that compassionate care should be provided with dignity and respect.

“Our patients come to us with a myriad of challenges,” Farrow says. The team sees former and current prostitutes, as well as professionals who’ve lost their jobs due to substance abuse, for instance. Those histories matter when blueprinting a plan for care, but not beyond that. She says, “In terms of treating them humanely and with kindness, it matters not.”