eneral Holiefield saved Chrysler. It can't be disputed. My husband was a hero, but he was far too humble to take credit. If you said that, he'd flash a big, boyish grin and say, "No man is an island. There are so many others who were instrumental." He was quick to mention former United Auto Workers president Ron Gettelfinger and the UAW International Executive Board.

"Thank you. Because of you, I have a pension," were common greetings. "Because of you I can support my family."

And when no one thanked him for his tireless work, which impacted the livelihood of nearly 1.5 million active and retired autoworkers worldwide, he'd say, "I don't expect any thanks. I get my blessings from God."

He believed the "shortcut" to eradicating poverty was one job at a time-through organized labor. He kept fighting for the rights of workers.

General served two terms as UAW vice president for Chrysler's heavy truck division. He accomplished monumental advances for UAW members and their families, especially during the difficult days that led to Chrysler's 2009 bankruptcy. Then, the number of workers here had been reduced from 42,000 during the company's peak to some 21,100.

He and Gettelfinger provided leadership from the White House to Capitol Hill to Wall Street, helping President Barack Obama's team structure the Chrysler comeback. By the end of 2014, the year he retired, more than 35,700 workers were working at Chrysler.

Like the company he saved, in many ways he saved me.

I was a shell of a woman married to my career, running toward bombs to create newspaper front pages, risking my life to photograph the devastation of Katrina and aftermath of 9/11. I had given up on finding love. General took me by me hand, told me he didn't play house and wanted to marry me. He said, "Someone loves you, and you're not chasing any more bombs."

He married me twice in the same year, 2012. The first time to solidify our love and the second, for me to have a fairytale wedding in Venice, Italy with a Mediterranean honeymoon. He told me that he "thanked God for me every day."

He would write the most beautiful messages, leave romantic voicemail messages. He was the kindest, most compassionate man and made me melt when he called me "kid" or "Moni."

He knew that I loved dancing, so he learned how to ballroom dance. And as we danced, I became engulfed in a love so passionate it left me breathless.

He never tried to persuade me to his way of thinking. He said, "I married you for you. Do you." And yet, living with him caused me to look at the world differently. Although almost 6-foot-3 with a robust frame, he was my gentle giant and gave the greatest bear hugs. He gave me true love. He made me want to be a better woman, to be softer, kinder, more understanding and never say, "I told you so." He taught me how to smile again.

But he didn't prepare me for how to live without him.

On March 9, 2015, not long after being diagnosed with pancreatic cancer, he transitioned from this life, holding me in his arms with The Temptations playing in the background. And when he took his last breath, I wanted him to take me with him.

Many days, I just want to stay in the bed. But I get up and work on a plan to keep his legacy alive. Our story is not over.

General, who spent over 41 years at Chrysler, fought a good fight. Memories somehow keep me going. That's what he'd want for me. So I smile through the tears and move forward.

Monica Morgan is a Detroit-based photojournalist. She served as Rosa Parks’ personal photographer and once was cited as ‘Detroit’s best photographer’ by former Mayor Coleman Young. 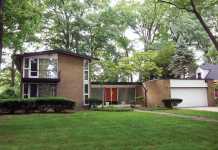 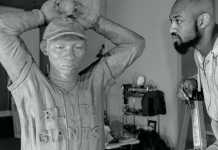 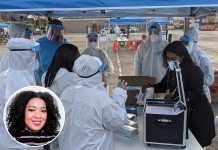