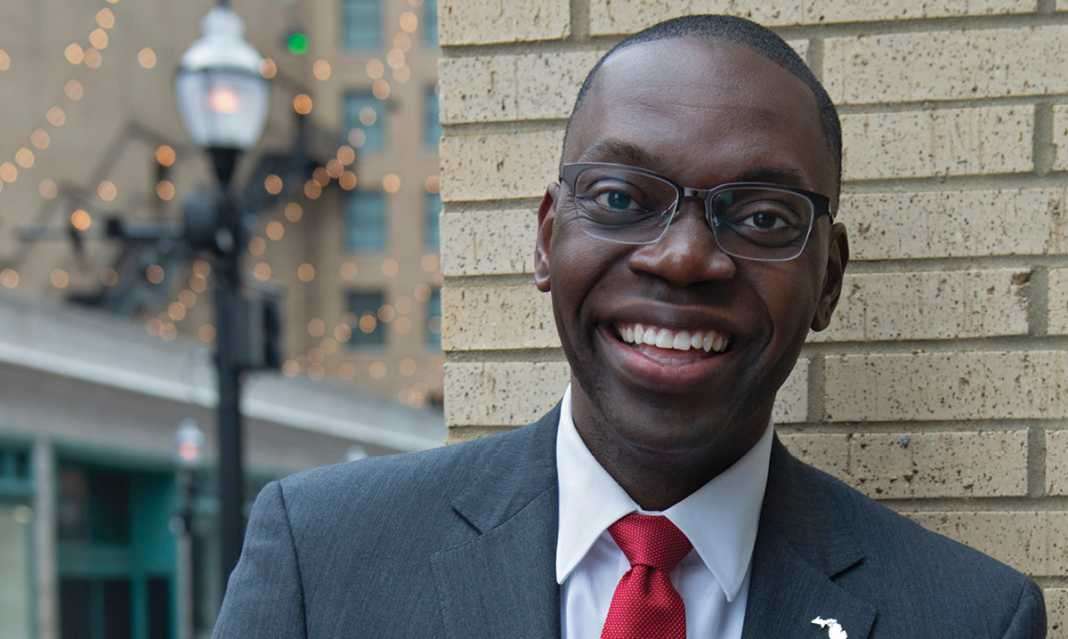 Since BLAC’s last discussion with Lieutenant Governor Garlin Gilchrist II prior to the onset of the Coronavirus pandemic, he sat down with us again to share significant developments in Gov. Whitmer’s administration. Aiming to move the state of Michigan forward, the initiatives are vast: the Governor’s newly proposed budget with specific directives on infrastructure, education, and healthcare while tackling racial disparities and delivering on racial equity to level the playing field for all Michiganders.

“I think the most important thing that’s happened is myself and many others have gotten vaccinated against COVID-19. That matters because, in January 2022, my baby got COVID and, then, my whole family got COVID. Because we were vaccinated, however, it was very mild and minor. It passed with no real incidents. I think that is the most meaningful thing. Because as we have worked to increase the rate of people getting vaccinated, that has enabled us to be able to do a number of things in terms of reengaging the economy.”

BLAC: Lieutenant, we know education and childcare has been an important part of what you guys are doing. Why is that such an important initiative for you all?

Lt. Gov. Gilchrist: We have historic investments in K12 education. We have made this generational investment in expanding access to health. In healthcare and childcare, we’ve made some transformational economic investments. We have had General Motors make the biggest economic development investment in the history of the company. Since January 21st, there’s been a lot of great happenings that I’m really proud of and proud to play a part of.

This is about doing everything we can to position our youngest people for success. And, the investments in families and the infrastructure to support the adults who will care for our children are some of the most important investments we can make.

BLAC: Can you talk a little bit about that and some of the initiatives that you guys have there?

Lt. Gilchrist: I think intention is the right word. We’re trying to make sure that the personnel, the administration, and programs are truly reflective of the totality of the people who live in Michigan: the broad diversity that we have. Working alongside our former Chief Medical Executive Dr. Joneigh Khaldun, the State of Michigan took a very explicit approach to addressing racial disparities during the pandemic and really showed national leadership and flattened those disparities.

“Every year we’ve been in office, we’ve made the biggest investment in the history of education in the State of Michigan.”

Lt. Gilchrist: With our economic policy, we’ve made sure that those who have been left out — those that are run by entrepreneurs of color, veterans and women — are included in the opportunity.

If you look at the pandemic relief from the federal government, businesses that had up to nine employees were not eligible to apply for those federal assistance programs. And, 94% percent of small businesses have fewer than nine employees in Michigan.

“That diversity has strength. We think in order for the state government to truly be as responsive as it can be, it has to be as reflective of the community as possible. That starts at the top.”

Lt. Gilchrist: We observed that COVID-19 was killing people of color at a rate of five times more than it has killed white people. We decided that we were not going to stand idly by and watch that happen. By executive action, Gov. Whitmer created the task force. We seated this taskforce for 26 of the brightest minds I’ve ever met. We meet every Friday to look at the tactics and strategies to reduce the mortality rate disparity that was present in COVID-19, which basically meant that Black folks represent 14% of the population while representing 40% of deaths.

We made an announcement of a partnership: the task force, Michigan Department of Health and Human Services, Detroit Public Schools, Community District, and the Detroit Health Department. Now, the Detroit school district is the first in the state to become an authorized vaccine provider in the state. School nurses have been trained to administer vaccines. The State of Michigan provided a grant to help distribute vaccines to our youngest learners. This partnership launched at the Coleman A. Young Elementary School.

The creation of specific isolation infrastructure for micro farm workers, and special partnerships with our tribal nations that serve our indigenous people. We flattened those disparities in Michigan. Just so in a way that was testly validated by the Duke University.

The work is ongoing because there’s still work we have to do.

And, we’ve already seen folks at every level of government stepping up. Just in the Fall of last year, I was proud to announce alongside our United States Senator Debbie Stabenow. The opening of 33 community behavioral health clinics across Michigan, including many in Southeast, Michigan.

BLAC: Lieutenant, with the criminal justice reform and the “Clean Slate” bill, do you have a specific example of how that has been a success?

Lt. Gov. Gilchrist: We enacted legislation that restored people’s drivers licenses. I co-chaired a task force on jail and pretrial incarceration with the Chief Justice of the Supreme Court, Bridget McCormack. We sought to find ways to safely reduce jail remissions in the jail population. But before we did that, we had to actually get an answer to the questions of who’s in jail, for how long, and why. Questions that have never been answered, initially.

“It’s very difficult to pay a fine if you have to go to work to earn money and you can’t drive, because you do not have a license or because you’re in jail.”

We assessed 83 counties and 81 county jail systems with which none of the data systems communicated with one another. We partnered with The Pew Charitable Trusts to do that research.

BLAC: The Great Resignation. We saw a number of people who have said, “I’m done” and have left their jobs. There seems to be a gap between the jobs that are available and the people who actually fill those jobs. Can you talk about the sort of jobs training programs that you guys have put in place to bridge that gap?

Lt. Gov. Gilchrist: We looked at two sides of the equation. One is making sure there are supports for small businesses to stay afloat. Secondly, we are enabling people to have clear and direct access to the training that will position them for the job they want.

The Wright Prepares for the African American Leadership Awards