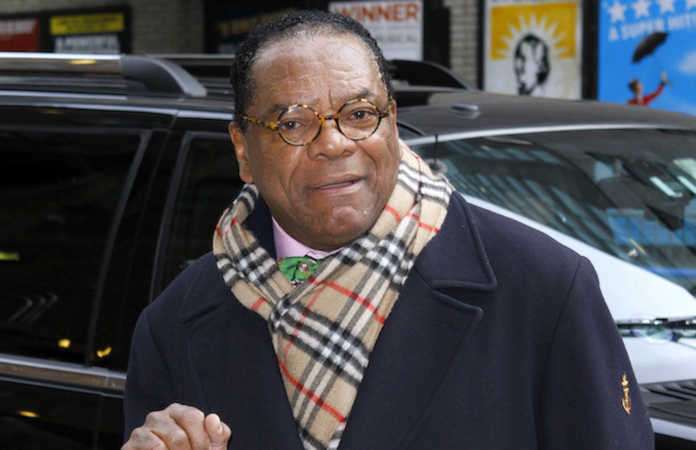 On Oct. 29, black America lost its Pops. We took a collective kick to the gut when it was reported that actor-comedian John Witherspoon died of cardiac arrest at 77 at his home in Sherman Oaks, California. Witherspoon was born in Detroit on Jan. 27, 1942, one of 11 kids. He got his first taste of performing right here when he started taking acting classes and then brought down the house in his teacher’s comedy show.

He moved to New York in ’71 for fashion and commercial modeling before switching gears and heading to Los Angeles. But, what was meant to be a quick pitstop in Las Vegas turned into a six-month detour when he gambled away his money and ended up broke and stuck in Sin City, as Witherspoon hilariously recalled on the “Joe Rogan Experience” in May.

He hit on the slots and eventually made it to LA, became a regular at The Comedy Store and on Late Night with David Letterman – and the rest of history. For kids me like who came up in the ’90s, he’s etched in our hearts for his roles as Craig’s shameless dad in the Friday movies and for those unbelievably tacky shirts he wore on The Wayans Bros.

Local comedian Mike Geeter most vividly remembers him in Hollywood Shuffle, The Boondocks and Vampire in Brooklyn. “He’s a hero,” Geeter says. “He’s one of my comedic legends. As a fan of comedy and of his work, I mean, come on. The guy’s a classic.” Geeter says he can still feel Witherspoon’s impact bouncing around Detroit’s comedy circles – “There’s never going to be anyone else like him.”

Witherspoon landed the ultimate role. He managed craft a career and make all of us fall in love just by being himself. Condolences and stories poured in via social media from celebrities like Ice Cube, Marlon Wayans, Arsenio Hall, Chance The Rapper, Sinbad, Regina King and others.

Witherspoon’s family tweeted from his official Twitter account on Wednesday: “It is with deep sadness we have to tweet this, but our husband & father John Witherspoon has passed away. He was a Legend in the entertainment industry, and a father figure to all who watched him over the years. We love you “POPS” always & forever.”

It is with deep sadness we have to tweet this, but our husband & father John Witherspoon has passed away. He was a Legend in the entertainment industry, and a father figure to all who watched him over the years. We love you “POPS” always & forever.