Mary Sheffield, the youngest City Council President to be elected in Detroit’s history, took her oath last January 7th alongside Mayor Mike Duggan, the Board of Police Commissioners, the City Clerk, and eight other council members.

Sheffield became a councilor for Detroit’s 5th District at just 26 years old. She successfully represented the district as a councilor for eight years, before she was elected City Council President this year. As a leader, she attempted to improve the quality of life for Detroit’s residents, especially the historically underrepresented in the city.

I came in at 26, so I compared myself a lot, and I realized that comparison is a thief of joy. You have to lead from where you are. I would not be so hard on myself.

Mary Sheffield, the youngest City Council President to be elected in Detroit’s history, took her oath last January 7th alongside Mayor Mike Duggan, the Board of Police Commissioners, the City Clerk, and eight other council members.

Sheffield became a councilor for Detroit’s 5th District at just 26 years old. She successfully represented the district as a councilor for eight years, before she was elected City Council President this year. As a leader, she attempted to improve the quality of life for Detroit’s residents, especially the historically underrepresented in the city.

BLAC spoke with Sheffield to learn about her years of service, her goals as Detroit’s City Council President, and how she teaches self-empowerment to lead and inspire. 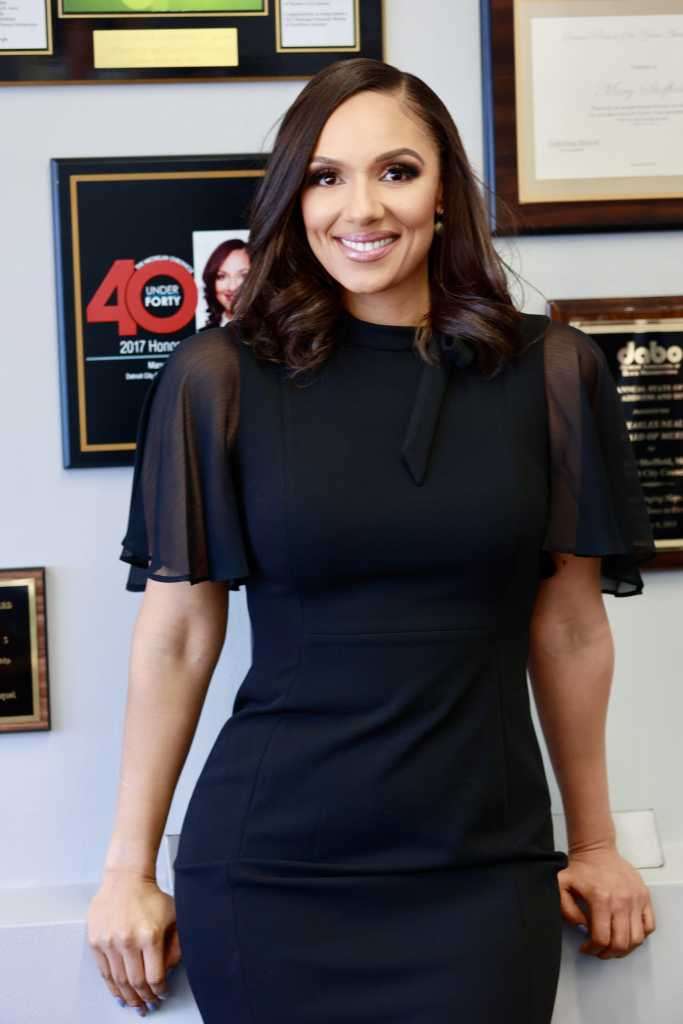 BLAC: What feelings of responsibility or empowerment did you feel after being elected the youngest City Council member in 2013?

It’s really just making sure that I set a tone of integrity and being an example for young African American women — to show that you should never let age stop you from your dreams.

Making sure that I did my job well and, in a way, that was not only about being elected but about accomplishing things and being able to encourage and inspire other women to do the same.

Being an elected official in Detroit is tough and — being one of the youngest to ever do it, representing so many people in Detroit — was also a huge responsibility. Making sure that I am being responsive, doing the job of improving people’s quality of life, and that I am accessible and transparent.

It was always about leading and knowing that I was here for a reason — that God has equipped me with everything that I need to succeed.

Not allowing the pressure to overwhelm me that I am not able to deliver in a way that I see fit. I’ve allowed myself to accept that I have a lot of people watching while also giving myself space, and leading at my own pace.

I may have times when I may fail and make mistakes but that is a part of the process. I’ve always allowed myself that grace to understand that I am human, and I am leading and learning throughout this journey.

BLAC: What advice, now as President of the Council, would you give your newly elected self? Would you change anything?

I came in concerned about other people’s expectations. I cared a lot about fitting into the mold of what I thought leadership was. I would tell myself to let go of the expectations. There is a way that you can admire and respect people’s opinions without caring so much that it stops you from listening to yourself.

I came in at 26, so I compared myself a lot, and I realized that comparison is a thief of joy. You have to lead from where you are. I would not be so hard on myself.

BLAC: Your quote, “In service, you find your purpose,” is quite powerful. What exactly is your purpose, and how do you live in and work for your purpose?

I spent a lot of time contemplating what my purpose is. Sometimes while we’re looking and searching, purpose is right before us.

I’ve always found fulfillment, happiness, and purpose in serving. I believe that we all have a God-given gift, and, when we use that gift in service, we find purpose. Everybody has it, and that is the beautiful thing about life.

I am grateful that I feel my life has been ordained in a lot of ways. My whole life has been in public service. I used to march with Jesse Jackson and Al Sharpton. I grew up being molded by public service, and, because of that, I have always found purpose.

I work with a lot of women who are struggling with trying to figure out what their purpose is. We try to work on the pillar of service because when people are stuck and lost, you can always go back to “be of service.” 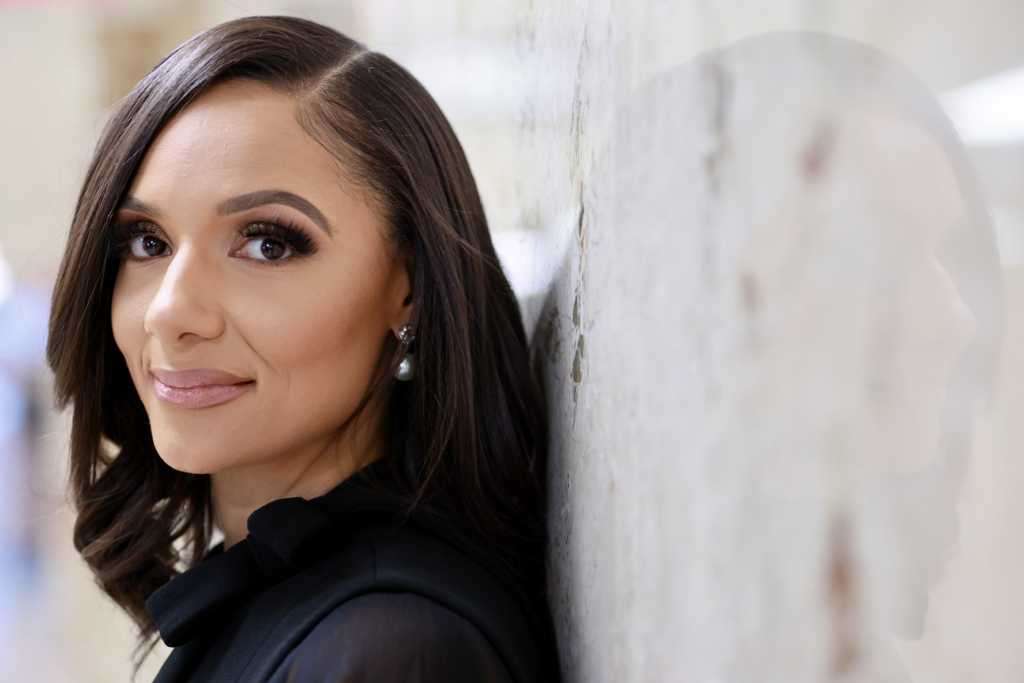 BLAC: Can you tell us about your initiatives on gentrification and affordable housing in Detroit? Why focus on these issues? And, how are these issues important to the citizens of Detroit?

When I first got elected, one of the first issues I addressed was the issue of housing in Detroit. Really, most of my work on council centered around creating affordable and quality housing for all ages in Detroit, and to make sure that we are all included in the revitalization of our city.

I sponsored this City’s first-ever inclusionary housing ordinance. It requires that all new residential developments that come to Detroit have to set aside 20% of their units for affordable housing. This ensures that as we are rebuilding Detroit, we are benefiting low income residents in that revitalization as well.

I also created the City’s first-ever housing trust fund, so every time we have a commercial sale in Detroit, a portion of those proceeds go into a fund that we use to create housing for low-to-moderate-income families throughout Detroit.

I also have done work on home repair grants. Detroit has some of the oldest housing stock in the country. So many people that I’ve talked to throughout the city need repair grants. I essentially saved the program and advocated for funding. Right now, we have about $30 million dollars available for seniors and low-income people to fix their homes.

Housing is crucial to everyone. Having a safe, affordable, and quality house is important as we talk about the future of our city. 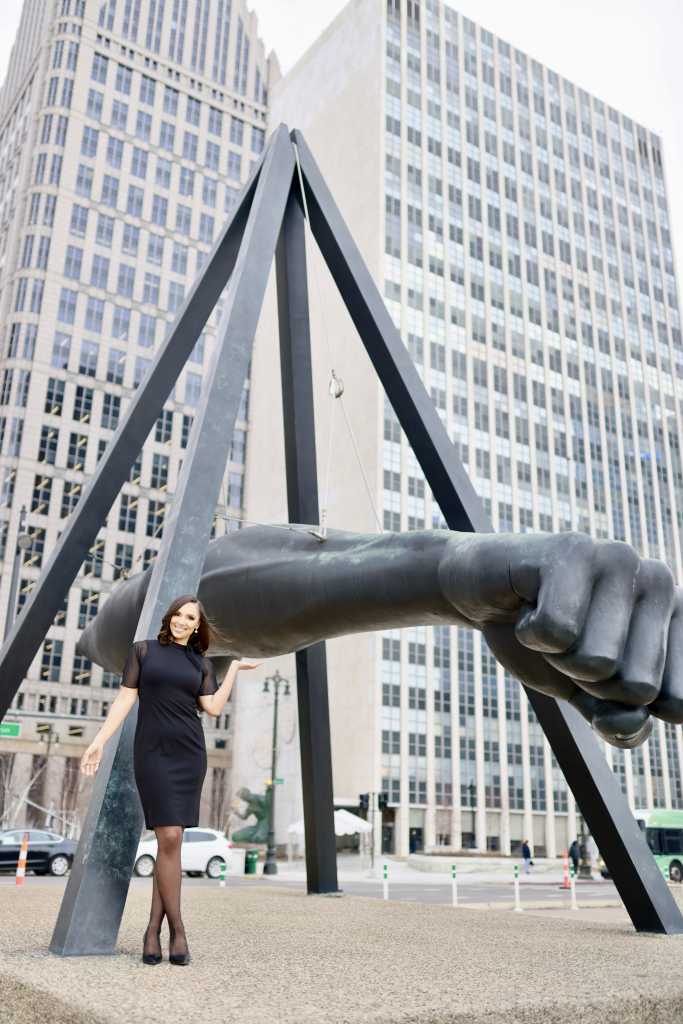 BLAC: Why is the amplification of Black women’s voices in leadership important? How do you help to amplify the voices of other Black women?

Black women are often underrepresented and overlooked. Our stories are untold and buried underneath systemic misogyny. We often deal with racism in the workplace and our voices are silenced.

For me, amplifying Black voices and women’s voices is crucial. I believe that, when we amplify our voices and stories, we encourage other women to do the same. Hearing my story and my journey can encourage the next City Council President, who could be a young woman of color.

To me, it’s about empowerment and creating other leaders who will stand up, especially when we hear the vulnerability of what we’ve been through.

More women who are in leadership roles should share our stories of what we’ve been through so that other women can understand that they don’t have to have it all together to lead. They can lead from where they are.

For me, it’s about creating safe spaces where people can talk and feel encouraged. When we amplify each other and promote each other, we are creating a space where it is not about competition, but about collaboration and creation.

Ironically, my legacy is not about me. It is about the way I desire to imprint on others: to be empowered and do anything their heart desires. It\'s bigger than me; it\'s bigger than my intentions in Detroit. I want future generations to see my servant leadership and be inspired to help others.

That’s where service and purpose really meet, not in the titles or grandiose acts, but waking up every day determined to make a difference. You can show up imperfect and still do something powerful; it doesn’t devalue the positive impact you can and will have on the world.

"There are days a few times a year I sleep in, but exercising daily is non-negotiable."

DAY IN A LIFE

When do you wake up in the mornings?

Do you have any daily rituals to ensure your success before your day begins?

Yes, I go by the “SAVE” method — something I adopted from a book I read called “Miracle Mornings.” It stands for Silence, Affirmations, Visualizing, and Exercising, followed by scribing. There are days a few times a year I sleep in, but exercising daily is non-negotiable.

When do you begin work?

How does a typical day of work look for you? How much time do you spend in the office and in the community of Detroit?

No day is typical here. Every day is a beautiful blend of staff meetings, department meetings, City Council formal sessions, phone calls from community members, zoom conferences, and many small fires that may need to be put out in-between.

When do you finish working?

How do you wind down after a full day of work?

I wind down by spending time with my friends; they really help to keep me grounded. I may lay on my couch and read a book on self-improvement and empowerment; those are my favorites.

How do you schedule time for self-care and time with family and friends? Why is this time important to you and your success as a leader?

I schedule them as needed, but it’s frequent and spontaneous; that’s the joy of it. It is important because they help me remember my humanity outside of what I do. It helps me to stay connected, tangible and transparent, and that’s imperative in every leadership role I operate in.

Kicking it in Detroit with the Black Star Initiative