These local Black- and woman-owned popcorn makers are serving up buckets of fun.

Garrett who? Thanks to black entrepreneurs with a nose for what Detroit wants, popcorn is making noise again in the Motor City. When you’re in the mood for a handful of fun, sample one of these brands and see if they don’t give Chi-Town a run for its money.

If the idea of steak-flavored popcorn makes your mouth water, then you’ll love Poppin Top Popcorn in downtown Detroit. Co-founder Joi Little says popcorn is her passion, but it’s no fun without some experimentation. “We get into the kitchen and make something no one’s ever seen before. The classic cheese and caramel has to be respected, but we’re specializing in every flavor imaginable,” she says.

Poppin Top Hat hosts weekly themed events at their brick-and-mortar at Broadway and Grand River, and Little says she wouldn’t have chosen any other location – she feels integrated into the renewal. She says, “We really feel part of the rising renaissance here.”

Ronier Golightly got the idea for Motor City Popcorn by marveling at the Windy City’s Garrett Popcorn Shops. “I instantly wanted to bring that vision and that success to Detroit. We haven’t had a household name in popcorn since Otto’s closed down,” Golightly says.

Motor City Popcorn debuted at the 2012 North American International Auto Show, and the classic favorites with a Detroit twist were an instant hit. “We don’t sell the Chicago mixes. We have the Belle Isle Mix (and) Motor City Mix – and that’s far better, in my opinion,” he says.

Jetta’s Gourmet popcorn started as a seasonal snack cart in 1997. After an offhand comment from her son about how much people loved the butter popcorn and wanted it year-round, Magita Barbee went with her gut and started bagging it to sell. The rest, she says, is happy history. She says, “We just listened to the customers and made what they wanted.”

Jetta’s Gourmet is mostly mobile and event-based, and find them on store shelves around the city. They make over 20 varieties of popcorn, but the signature is the D Mix, which comes in two hotly contested varieties: East and West Side. West is a mix of white cheddar, cheddar, caramel and barbecue. East is white cheddar, cheddar, hot cheddar and caramel. “People love talking about which one’s their favorite and why. That’s why popcorn has always been a passion for me. It brings joy to people and they have fun eating it,” Barbee says.

No joke. Good People Popcorn’s mascot is named “Poppy.” Owner David Mott says, “It might be corny, but it’s simple, wholesome and fun, and that’s what Good People Popcorn is all about. We want the phrase ‘good people’ and Detroit to be synonymous.”

Good People started as a family business in 2009. Originally a brick-and-mortar shop with daily foot traffic, the operation has evolved to primarily bag popcorn for corporate events, online sales and fundraisers for local schools and churches. But feel free to … pop in on Wednesdays and Thursdays.

Mott says he wants his business to show budding entrepreneurs that there are other successful paths aside from college. “No day is the same. Sometimes I’m up ’til 2 a.m. making batches of bacon-chocolate drizzle. It’s a lot of hard work and it’s very challenging to balance the business with family life, but the admiration and inspiration I see in my kids is priceless,” Mott says. 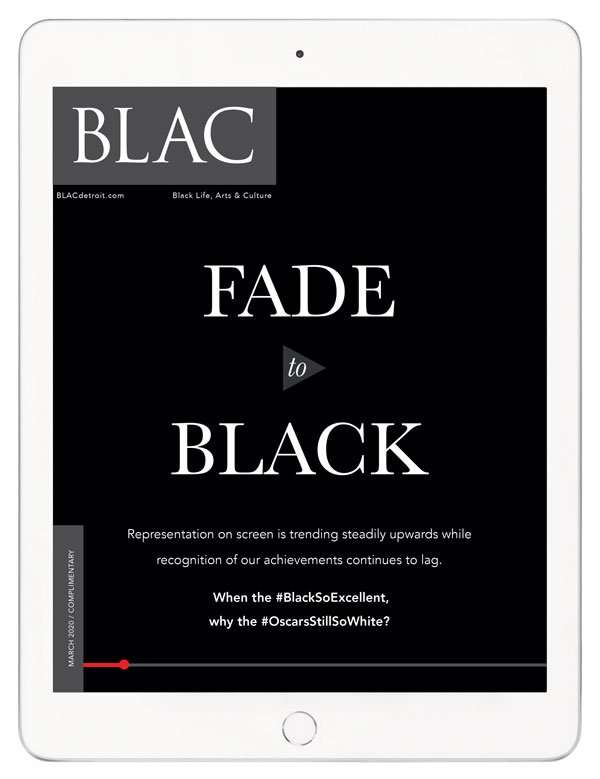