mmy-Award winning actors Courtney B. Vance, S. Epatha Merkerson and Keegan-Michael Key all speak of their Detroit roots with reverence and appreciation. Ask them and they will tell you their hometown helped shape and inform every gift and ambition they have.

With an ever-growing list of credits to their name, the trio has also helped enhance the city’s artistic legacy and pave the way for a fresh crop of talented young performers under 40 making their mark on the small screen.

Read on to find out how natives Simone Missick, Cornelius Smith Jr., Angela Lewis, J. Mallory McCree, Deborah Joy Winans and Tye White have used their Detroit edge to turn heads and grab spotlights one role at a time. 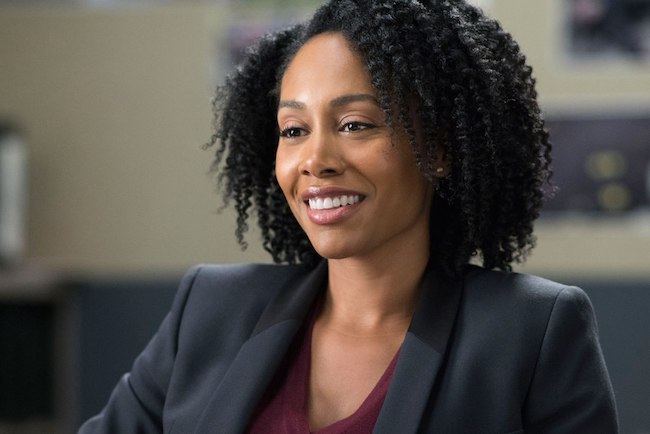 Age: 35
High school: Renaissance
Series: Netflix's Luke Cage and The Defenders, the latter of which premieres in August

Black people are as multifaceted as they are driven. This is something actress Simone Missick (née Cook) learned at an early age growing up on Detroit’s eastside. The youngest of three also learned to hustle harder, an attitude that shines through in the Howard University graduate’s performance as tough-as-nails detective Misty Knight on Luke Cage.

“People from New York have a certain drive and being from Detroit absolutely gives you the same kind of thing,” Missick says. “I’m from a city of people who succeed in situations where most people would fail.

“The epitome of Detroit is a group of black people who just refuse to allow circumstances and what other people believe to determine their own success. I can definitely credit Detroit for giving me that never-give-up kind of outlook on things.”

Missick, who is married to actor Dorian Missick and attended Bates Academy, said her now iconic two-strand twist hairstyle also has origins in the city.

“When I went in to audition for Luke with my own natural hair, there was so much power I felt because I went in there as me and they loved it,” Missick says. “It was like Misty Knight was coming through my pores because she’s a strong woman who rocks her natural hair.

“As black women, we all know what our personal hair struggle is,” she said. “But growing up in Detroit was the best education for me on so many levels. We are not just what you see on TV. There are so many examples of what it is to be black and that includes our hair, and I am so blessed to have had that.” 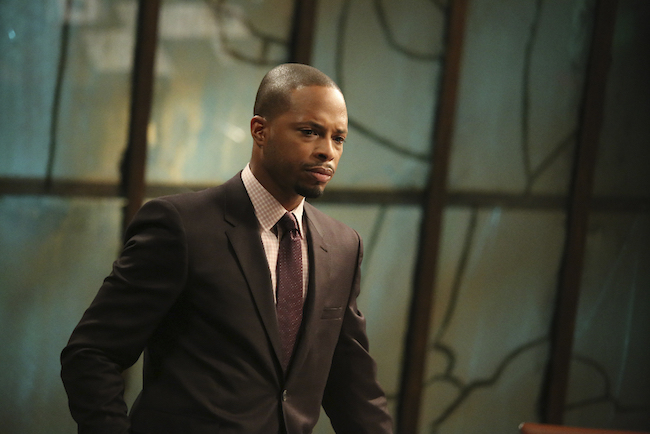 Although Smith doesn’t have a household name yet, fans of Scandal will attest that he’s hard to ignore as presidential spokesman Marcus Walker on the Shonda Rhimes drama. He’s also the recent recipient of the Michigan Chronicle’s 40 Under 40 Trailblazer Award.

Born and raised on the city’s westside, Smith is the oldest of five children. Before joining the cast of Scandal, the Southern Methodist University and New York University graduate played Frankie on All My Children” and guest starred on Agents of S.H.I.E.L.D. and Major Crimes.

Smith says his parents, Cornelius Smith Sr. and the late Pamela Lynn Perchman-Smith, taught him to work hard and have faith in God. Growing up in Detroit’s Black church community also gave him an inherently positive outlook on life.

“I’m very appreciative of where I am,” Smith said in a recent interview. “And I am where I am as a result of a lot of hard work and faith. If you have your faith on lock, faith plus follow through will get you anything you want in life.”

John Singleton said he wanted Angela Lewis to costar on his new FX drug drama Snowfall the minute he saw her audition.

“She can play ‘hood’ really well,” says Singleton, who is executive producing the series and is best known for his movies Boyz N the Hood and Baby Boy. “She’s the real deal.”

But here’s the thing, although Lewis grew up on the eastside of town, the University of Michigan alumna is far from ratchet in real life.

“I’m not the one scrapping in the streets,” Lewis says. “I’m the one inside making a scrapbook. My family did a good job of sheltering me from certain aspects of urban life. What I learned was that it wasn't that I was so unfamiliar with some of these things, it's just that I was brought up in this world but not of it. I, of course, had seen people high on sherm (on the way to dance class), but I didn't know what it was when I saw it.”

To prepare for the role of Aunt Louise aka Louie, Lewis watched a lot of YouTube, she says. “What I came to learn about Aunt Louie is that we're actually more alike than I thought,” Lewis says. “We both instinctively know that we are really queens in this chess board of life, no matter what it looks like. And sometimes, you're just trying to survive.”

Lewis, who has an extensive theater background, moved to New York after college but now lives in Los Angeles. She has been married to fellow actor and native Detroiter J. Mallory McCree for just under three years. 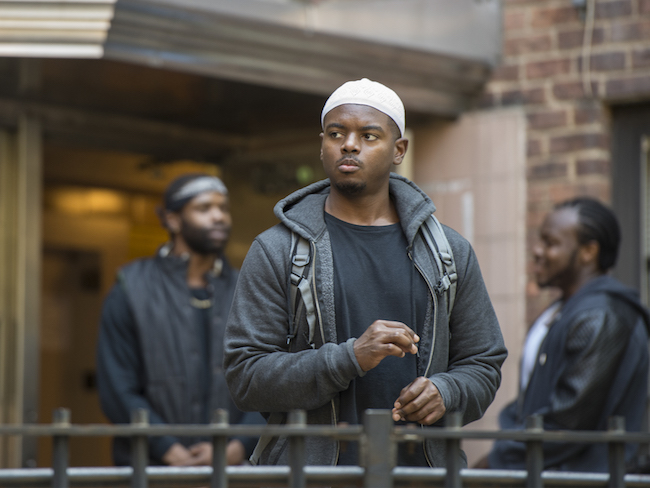 If you watched season six of Homeland, then you know things don’t turn out so well for J. Mallory McCree’s character Sekou Bah. But his real-life family rooted for him and McCree felt a sense of purpose and pride playing the role.

“I decided to take on the role of Sekou Bah because I felt connected to the character's voice,” McCree says. “While I’m not Muslim, I definitely know what it is to be oppressed. And in today's political climate, any chance to responsibly advocate for a suppressed community, is a role worth taking. My family loved the role. They appreciate that I responsibly use my art.”

McCree’s credits also include Quantico on ABC and Law & Order: Special Victims Unit. Look for him on the new Netflix comic-book drama The Defenders when it premieres in August.

Like his wife and fellow actress Angela Lewis, the Mason Gross School of the Arts graduate has performed on- and off-Broadway and first cut his acting chops in theater. But McCree says he enjoys the challenges of television.

“Right now we are in the neo ‘golden age’ of television,” he says. “The writing is paramount and there are so many platforms producing great work. TV has gotten riskier and the opportunities for Black actors have become more accessible. Not to mention, TV money is great money.” 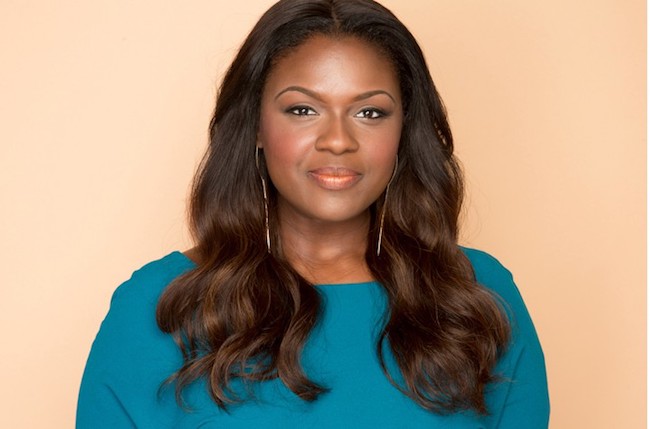 Deborah Joy Winans is more than her family name and melodic singing voice. This is something she proves with her ever-expanding acting range as Charity Greenleaf-Saterlee on the OWN mega-church drama Greenleaf.

“Singing has never been my passion,” says Winans, who graduated from Wayne State University before attending the California Institute of the Arts for her Masters in Fine Arts. “I’ve always loved acting.”

Thankfully for Winans and fans, Charity has a lot more to do, say and sing in season two of the Oprah Winfrey executive-produced series, such as dealing with her husband’s questionable sexuality, getting along with her mother-in-law and raising her newborn baby.

“Season one laid the groundwork and now there is much more to do,” says Winans, whose dad is Carvin Winans of the Grammy-winning gospel quartet the Winans. Her mom is Deborah K. Winans. “Now in season two, we’re seeing Charity unfold and show us dimensions we hadn’t seen. It’s been a really, really fun rollercoaster ride.”

When she’s not working on Greenleaf, Winans says she comes back home to reconnect with family and enjoy hometown comforts with her husband Terrence Williams, a Muskegon native. Her favorites include Faygo Red Pop and Better Made Chips.

“I was in Detroit in September for my grandma’s 80th birthday party and I went with my Uncle Marvin to speak at his school,” Winans says. “But before we could get there, I said, ‘You know I need my White Castle?’ Then afterwards, I had to stop by U of D Coney Island. You can’t come home without getting the food you love.” 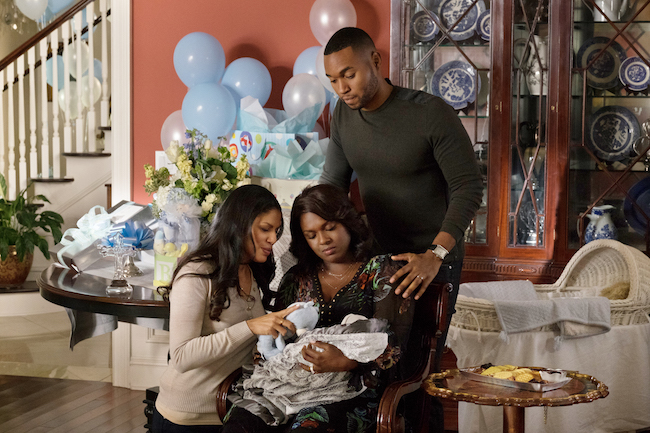 Tye White and his costar and fellow native Detroiter Deborah Winans have a running joke. Whenever they talk about their favorite city, Winans teases White that he’s a suburban boy. But that isn’t exactly true, White insists. He plays Winans’ on-screen husband Kevin on Greenleaf.

“I was born in Detroit at Grace Hospital,” White says with a chuckle. “But we moved to Southfield when I was 3 years old. Southfield is practically Detroit. We grew up listening to the Winans too, and when I met Deborah Joy, I knew she was a part of Detroit royalty. Everyone in Detroit and Southfield knows about her family.”

White originally read for the role of Jacob but executive producers ultimately chose Lamman Rucker for the part. But White made a lasting impression and when it was time to cast the role of Kevin, they knew they had their man.

“Every role I’ve taken so far has been a dream come true,” says White, who graduated from the University of Michigan. Before Greenleaf, White enjoyed a recurring role as LL Cool J’s son Aiden on NCIS: Los Angeles.

“I’m working with Oprah and Deborah Joy and before that L.L. Cool J and I just feel blessed,” White says, adding that another dream would be to play one of his sports heroes, Joe Louis. The one-time heavyweight champion is a legend in professional boxing and race relations.

“No one has done a biopic and even if I have to make it myself, I’m determined to do it while I still have this baby face,” White says. “He had an incredible story and what humanizes him is the demons he had, and so it would be great to play him and shoot it in Detroit.” 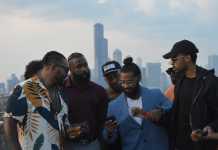