This article was originally published on Strut in HER Shoes.

Sooo, is this daylight savings time, because this episode seemed so short. In my Yung Miami Voice, “I’on like that.” But anyway, let’s dive in. From “You can’t be everything to everybody” to “Why don’t you spend the night? This episode gave, what it was suppose to give. Some of the gems, I’m sure we all needed.

On the last episode, we ended seeing Lawerence and Issa. But, this one is showing us Issa and Nathan. Anyone here for this or are we all still missing Lawerence? I mean, personally, all I can hear is 6lack singing “He brought you down now climb on top of me.” Safe to say, Nathan will always be a rebound guy.

RANDOM: Did we catch how confidently, Issa delivered that pitch?

The growth in her alone, from Season 1 to now should be enough to show you – what’s possible. It took for her to leave her comfortable place (We Got Y’al) to Take the Leap and now look at her.

But let’s remember Issa on that stage last week, telling the audience “She didn’t really know if what is she is doing,, is the right thing or not.

Well, Crenshawn’s (fine ass) talk just may have been the push she needed to stop shrinking and start shining and getting shit done, like a BOSS. Now before we get too excited, let’s pause for a second and look beneath the surface.

Therapist Note: While she has grown A LOT professionally, we can’t say the same for her personally. She is still the same as she was at We Got Ya’ll, sure but unsure at the same time. I need to see some fight, some passion, some investment in herself! Issa has dealt with so much emotionally since Season 1 and we see her brush those things off as minor events and continue to focus on her career. But, has she truly dealt with anything? Her career, the one thing she can control (even though she hasn’t fully). How much control does she really have over her career if she is missing one critical point? SHE IS THE BRAND. What she thinks and feels about herself is ultimately what she thinks and feels about The Blocc.

Reflection Moment: What area of your life, could use a flame to spark some fight and passion? Why? Are you operating in the lane, you are suppose to be in and just shrinking back? Or Are you operating outside of your lane and forcing “fetch” to happen?

Stop Shrinking and Start Shining. Get Shit done, like a BOSS.

Let me remind you, that as a therapist, I am a strong advocate of journaling. Get your fancy notebooks and colorful pens and pour your heart onto the paper. Like Issa’s tears, it’s better out than in And let them out, so they don’t come pouring out when you’re in bed with… a Nathan. Releasing the emotion from your heart and mind will free up emotional space.

Now… The EYE Candy. Whew. Though I’m not quite sure how I feel about him playing a thug, Kofi, and all of his chocolaty goodness, was not only a visual feel good but had a message for the soul…

Don’t forget to use “I” statements as an effective form of communication when expressing how someone makes you feel. It will feel less like blame and criticism and allow the person to hear what you are saying.

Alright, that’s it for this weeks episode. See you next week! 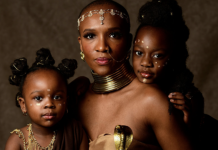 HBO’s “Insecure”: The Lessons of the First Four Seasons