Subscribe
Home People + Places A Moment in Time with Regina Belle, Englewood’s own ‘Queen of Soul’ 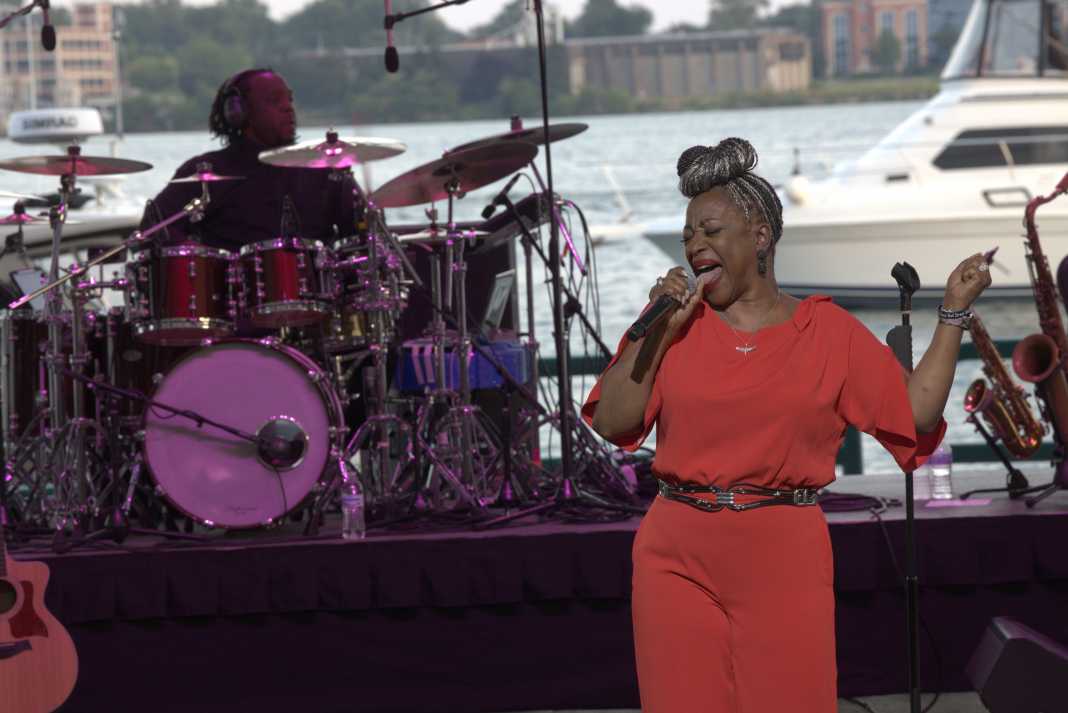 ‘Regal,’ ‘Queen,’ ‘Pure,’ ‘Resilient’. These were some of the words that came to mind when I walked into the dressing room of Regina Belle, Englewood’s soulful songstress, at the Aretha Franklin Amphitheater.

She had a very old school, chill energy, and we opened our conversation about Regina as a little girl in Englewood, New Jersey in 1963. Very quickly, Regina started talking about Aretha Franklin–how her voice was anointed and how versatile the Queen of Soul was. For example, Aretha could “take you to church, the cookout, the club, and back to Church again.” This explains why Regina, someone inspired all her life by Aretha, has a dynamic vocal range and clarity and incredible control of her tones today.

Regina’s parents, Lois Belle and Eugene Belle, provided a varied musical soundtrack in the Belle household during the 1960’s that connected Regina with her Southern Blues and Gospel roots even as she lived up north, from artists such as Blind Lemon Jefferson, Muddy Waters, Swanee Quintet, Sam Cooke & The Soul Stirrers and other similar groups. Regina told me that while all of those artists had a huge influence on her in their own ways, the one that had the biggest impact on her was Gospel great Shirley Caesar.

During our discussion of vocal talent and prowess, the artists that Regina and I agreed stand as musical bookends to the industry were Aretha Franklin on one end, Shirley Caesar on the other, with Donny Hathaway, Patti Labelle, and Nancy Wilson in the middle.

I asked Regina what was something she would like the fans to know, and she shared a story about her mother Lois Belle who was from Enfield, North Carolina. She said Lois’ biggest dream was to travel and that she was the class valedictorian in high school with a straight A record.. She won a scholarship to go away to college, but during her senior year, her father became ill so she stayed home to support the family and later moved to settle in New Jersey with her brother.

Today, Lois travels nationwide, wherever Regina goes, to watch her perform. Regina says it makes her feel pride beyond belief to be part of helping her mother’s dreams to come true.